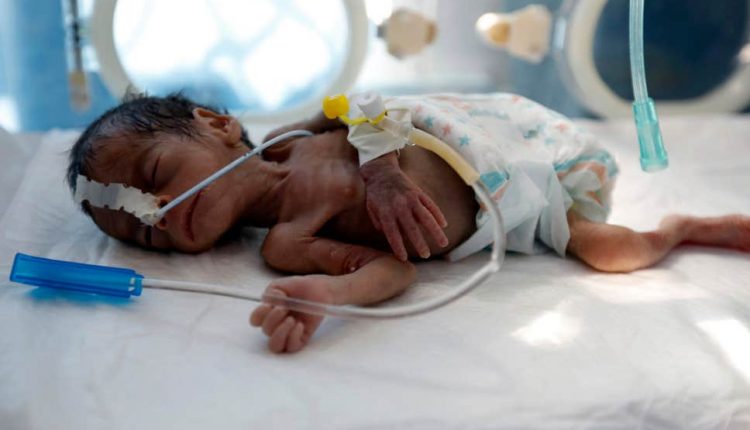 On Sunday, the Ministry of Public Health and Population called on the United Nations to fulfill its obligations and the speedy conduct of the Medical Air Bridge, starting the flights without any delay, in accordance with the approved standards.

In a statement, the Ministry expressed its shock at the lately received UN letter, in which the UN is changing the arrangements of the long-awaited Medical Air Bridge. The UN is changing the start date of the planned trips and the mechanisms for transporting patients, two days before the flights are planned to start, as agreed.

The Ministry stated that the World Health Organization said in its letter that the patient transporting system will be via a small UN plane that can accommodate only 7 patients with their companions per trip, pointing out that the United Nations arrangements completely violate the necessary requirements for medical evacuation cases for several considerations, the most important of which our patients’ health and their need for the necessary equipment.

The Ministry of Health stated that the number of those registered in the lists of the medical air bridge is about 32,000 patients. These patients have chronic and critical diseases and in the manner of the United Nations, this is a death sentence for many of them. It pointed out that there is no clear reason to make a sudden change to the arrangements of the Medical Bridge; most importantly changing the plane’s size. A small UN plane is proposed while a commercial airline company can provide the planes that meet the standards.

The Ministry put the responsibility on the countries involved in the US-Saudi aggression and the United Nations for the lives of every Yemeni.

“They are responsible for every life that is lost every day due to the blockade and the lack of medical care for critical cases.”

The Ministry has fulfilled all the requirements and conditions for the implementation of the Medical Bridge and overlooked many obstacles, sensing the importance of facilitating ambulance treatment for patients.

“Every day that delays the relief of tens of thousands of patients, it is the willful death of tens of them,” the statement said.

The Ministry called on the whole world, friendly countries and humanitarian organizations to urgently intervene to save the thousands of Yemeni patients whose lives mainly depend on travel to receive medical care. The Ministry of Health called on the local and foreign media and local and international organizations to raise the voice and demand the lifting of the blockade of this oppressed and illegally imposed people.