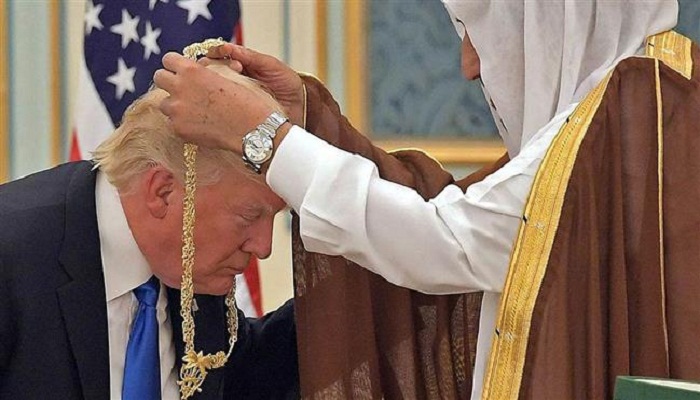 Saudi Arabia has said it “supports and welcomes” US President Donald Trump’s decision to pull out from the Joint Comprehensive Plan of Action (JCPOA.)

“The kingdom supports and welcomes the steps announced by the US president towards withdrawing from the nuclear deal… and reinstating economic sanctions against Iran,” said a statement released by the Saudi Arabian Foreign Ministry on Tuesday

“For months now, Iran has been transferring lethal weaponry to its forces in Syria, with the purpose of striking at Israel,” Netanyahu said. “We will respond mightily to any attack on our territory,” he further claimed

Earlier in the day, Trump announced his decision to withdraw the United States from Iran’s nuclear deal with the world powers and re-impose sanctions against the Islamic Republic

Civil protest in front of presidency denouncing the massacre