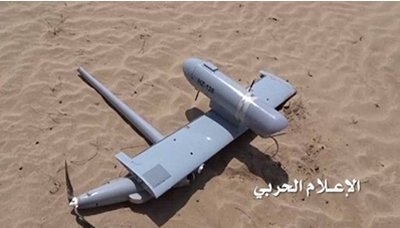 Air Defenses of the Yemeni army forces downed, on Monday, a spy plane belonging to the Saudi-led coalition, backed by the US,as it was flying in the skies over a mountainous region in the kingdom’s southwestern border region of Jizan.

It is Worth Mentioning that Air Defenses of the Yemeni army forces downed last month a spy plane in Sa’ada and six others in Jizan, Najran, West Coast and Taiz frontlines.

al-Qaeda fights for the Saudi-led coalition: US media outlet