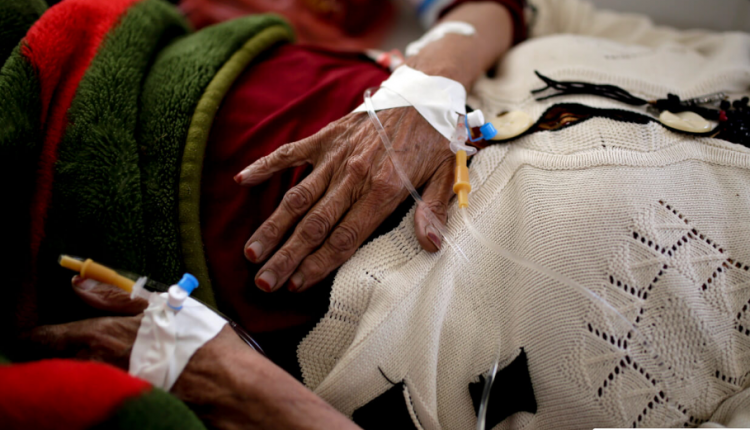 United Arab Emirates forces closed Aden International Airport, on Monday, for unknown reasons and canceled the flights of Al-Yemeni Airways to and from the airport.

Al-Yemeni official said that “the UAE forces canceled their flights to Aden, on Monday, without giving any reason.” Two flights were canceled Cairo – Aden and Aden – Jeddah.

Minister of Health, Dr. Taha Al-Mutawakil, stressed that coalition intransigence and refusal to open Sana’a International Airport, in front of the humanitarian flights, increases the suffering of the patients. The Ministry of Health appealed to humanitarian and international organizations to send an urgent medical team to separate craniopagus children Abdulrahman and Abdulrahim Al-Haimi.

Minister of Health, Dr. Taha Al-Mutawakil, said that more than eight thousand patients on the outskirts of death if stopped dialysis sessions. He said that “every person with kidney failure is scheduled for three sessions a week and because of the lack of solutions due to the siege, we can not do so.”

Ministry of Health and Population spokesman, Dr. Youssef Al-Hadhery, confirmed the death of 27 thousand patients who needed to travel abroad for treatment since the closure of Sana’a International Airport two years ago.

Al-Hadhery said that there are 200 thousand humanitarian cases of patients and wounded in need of treatment abroad, but the coalition prevented them by the closure of Sana’a International Airport.

He pointed out that there are statistics indicating the death of between 25 – 30 people a day as a result of the deterioration of the general health situation under the closure of the Airport.

According to a group of NGOs, including the International Rescue Committee and the Norwegian Refugee Council, over 10,000 people seeking life-saving treatment abroad have died from critical health conditions since the Sana’a airport was closed.

Minister of Public Health and Population Dr. Taha Al-Mutawakel visited the dialysis centers in Al-Thawra, Al-Askari, Al-Shurta, Al-Jumhury and May 22 hospitals in Sana’a.

Dr. Al-Mutawakel reviewed the large-scale humanitarian catastrophe suffered by dialysis patients in these centers due to the lack of solutions and the disruption of many dialysis machines in light of the slow response of international humanitarian organizations operating in Yemen.

What you need to know about Yemeni suffering!