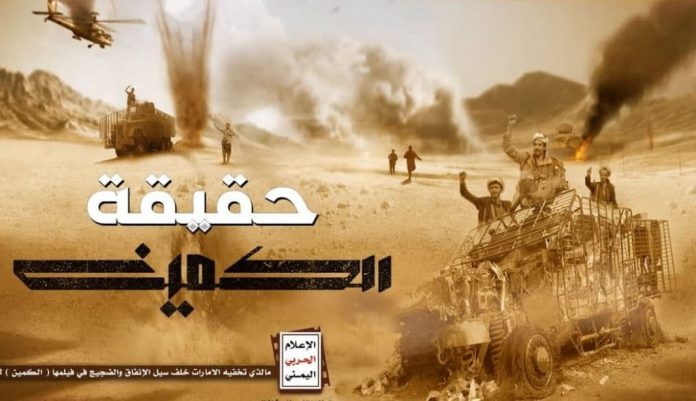 The Sana’a’s Government of Yemen has responded to the Emirati propaganda film Al-Kameen (The Ambush) with a film documenting with actual battlefield footage the clashes between Yemeni and Emirati forces.

In their film, the Emiratis tried to present a heroic picture of its soldiers being ambushed by Yemeni forces before being rescued.

However the military media of Yemeni army refuted this propaganda with a documentary titled “The Truth of the Ambush”.

The documentary shows direct confrontations with the UAE occupation forces, in which the Yemeni army force were able to kill a number of Emirati soldiers and destroy and burn several armoured vehicles, upon which the remaining Emirati forces fled the battlefield.