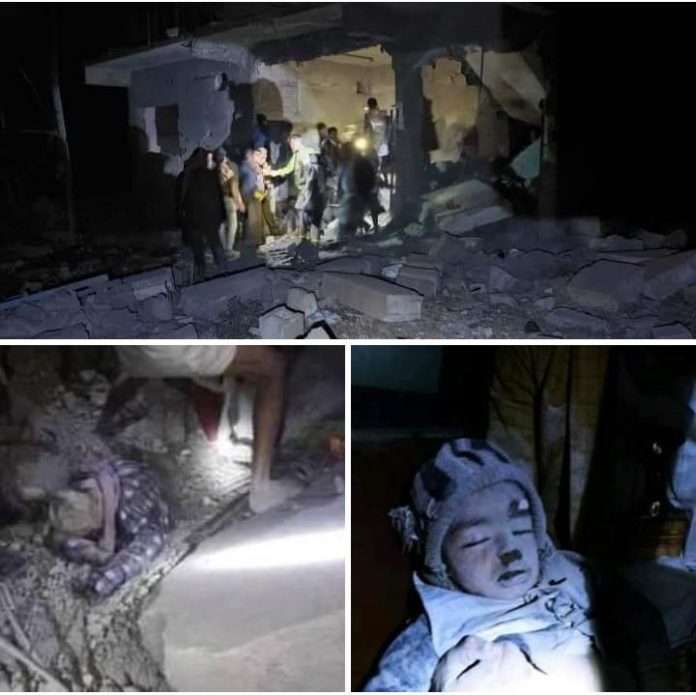 The Ministry of Human Rights in Sana’a on Monday condemned the recent escalation of the Saudi-led aggression coalition countries against civilians and civilian objects in the capital Sana’a and other provinces.

The ministry said, in a statement, that the aggression coalition’s warplanes bombed, during the past two days, the homes of citizens in the Libyan neighborhood in Asr area in Ma’een district of the capital Sana’a.

The statement indicated to the damage caused by these hysterical and indiscriminate airstrikes to the citizens’ homes, and many residents of those areas were forced to flee or displaced, fearing for their lives.

The ministry denounced the shameful silence of the United Nations on these war crimes committed by the aggression coalition, in violation of the rules, provisions and principles of international humanitarian law, in a deliberate, frank and blatant manner.