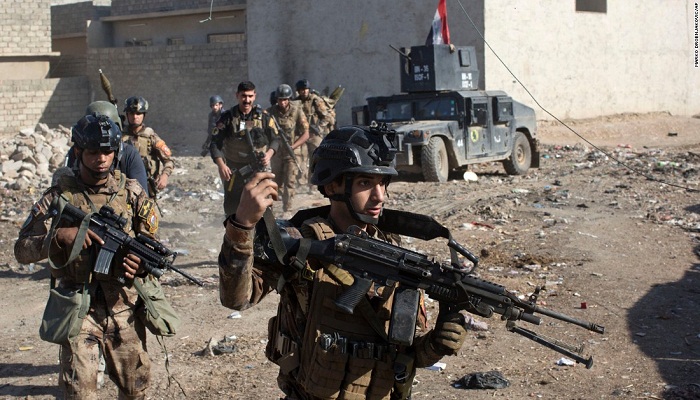 Federal Police Chief Lieutenant General Raed Shaker Jawdat said in a statement that “the forces of the federal police stationed in the region of Areej north of the bath of Alalil repulsed a failed attack of “Daesh”, backed by Saudi, on our troops in the region.

“These forces were able to kill four suicide bombers, while they chased those who fled  to the villages and hills,” Jawdat said.

The Iraqi forces continue to advance to liberate the remaining areas under the control of “Daesh group backed by Saudi,  in the province of Nineveh, whereas they made  significant progress and caused  “loss” in lives and equipment, while the group from time to time attacked  those forces to impede their progress.