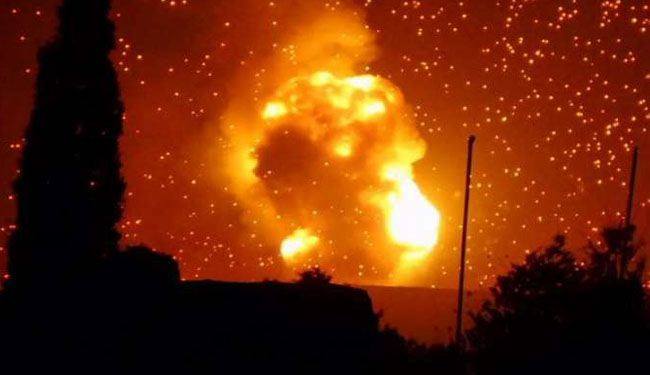 The crisis in Yemen, in no small measure, is made in the USA and NATO countries, explains historian Gerald Horne. As ever, US foreign policy in Yemen is incoherent just as it is confused in Syria where it is pursuing a similar harebrained policy, he added.

Thousands of people took to the streets of the Yemeni capital Sana’a on Sunday to protest against Saudi Arabia’s bombing campaign of the country which has entered its third year.

According to the UN, over 10,000 people have been killed and more than 40,000 injured in the campaign. Some three million people – over 11 percent of Yemen’s population – have been forced to flee their homes to safety.

The US and the UK have been heavily criticized for supporting Riyadh’s coalition.
The Red Cross warns that if a solution to the conflict is not found, Yemen may run out of food in the next four months.

Author and historian Gerald Horne says the humanitarian crisis has been provoked by US action in the Middle East.

The ongoing famine that is gripping Yemen “is having a particularly devastating impact on children and youth and pregnant women,” he told RT. “This is a direct result of the Saudi-led intervention in Yemeni internal affairs.”

In Horne’s opinion, this intervention “is a part of a great game.”

He added though that “the intervention is backfiring…it is draining the Saudi treasury.”
Horne continued that “famine is ultimately a political question.”

“That is why even though like any humanitarian I would support the provision of food to the starving and the famished in Yemen. Ultimately, there has to be a political solution in order for this famine to stop which is one of the reasons why I would hope the parties would pay attention to the words of the special envoy of the UN Secretary-General who is calling for speedy talks to resolve this very troublesome problem,” he said.

Horne argued that the problem in Yemen “in no small measure is made in the USA and their North-Atlantic allies.”

“Keep in mind that a few decades ago in Aden and southern Yemen, in particular, there was a socialist-oriented government, The People’s Democratic Republic of Yemen. But the US, because of its Cold War psychosis couldn’t stand for the existence of such a regime. So it began to destabilize it and out of that destabilization has risen the Al-Qaeda in the Arabian Peninsula for example,” Horne said. “Supposedly, Washington is opposed to the rise and the surge of Al-Qaeda. But for whatever reason, they are supporting the Saudi-backed intervention which is sharing a trench with Al-Qaeda of the Arabian Peninsula. As ever, US foreign policy in Yemen is incoherent just as it is incoherent in Syria where it is pursuing a similar harebrained policy,” he added.