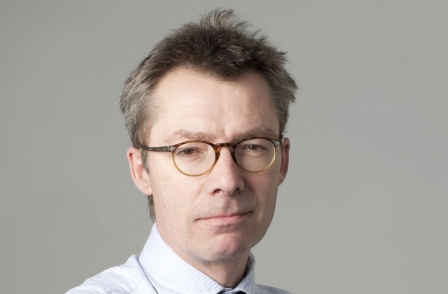 Saudi Arabia has been accused of using anti-terror laws to suppress free expression and failing to carry out independent inquiries into its Yemen bombing campaign in a hard-hitting report published on Thursday by the UN special rapporteur on human rights.

The report follows a five-day visit by Ben Emmerson QC on behalf of the UN to Riyadh, where Saudi officials refused to grant the rapporteur access to prisoners the UN believes are being wrongly held under anti-terror laws.

He also said he had heard repeated stories of wrongful arrest, misuse of court procedures, cases of torture to extract confessions and clear cases of miscarriages of justice in recent beheadings.

Emmerson also called specifically for the release of 10 named Saudis who he said had been arbitrarily arrested, largely because they had expressed criticism of aspects of the kingdom.

His strongly worded statement, passed to Saudi authorities on Wednesday, is unusually powerful since he was granted numerous conversations with senior Saudi judicial figures, who were clearly eager to impress on him that the kingdom was either reforming or acting proportionately in the face of a genuine terror threat.

Emmerson praised Saudi rehabilitation work and the standard of its prisons as among the best in the world, but his criticism of human rights abuses gives substance to the concerns openly voiced by the German chancellor, Angela Merkel, on her visit to Riyadh this week.

He said that, contrary to the basic international human rights standards, Saudi anti-terror laws “enable the criminalisation of a wide spectrum of acts of peaceful expression, which are viewed by the authorities as endangering ‘national unity’ or undermining ‘the reputation or position of the state’”.

At a press conference he said: “I have received numerous reports about prosecution, on the basis of this law, of human rights defenders, writers, bloggers and journalists in connection with their expression of non-violent views. Despite repeated requests and efforts, the government was unable to give access to any of the individuals whose names I provided to be interviewed.

“I strongly condemn use of counter-terrorism legislation with penal sanctions against individuals peacefully exercising their rights to freedom of expression, as well as freedom of religion or belief and freedom of peaceful association and assembly.”

Emmerson urged the Saudis to set up an independent mechanism to examine “all crimes allegedly committed by speech or writing in order to determine whether they violate the protected rights of expression, thought, conscience, religion or belief, assembly or association”.

He said there was evidence that complaints of torture were not systematically investigated and called for lawyers to be present “within the first hour of detention and not after permission of the Bureau of Investigation and Public Prosecution”.

In Yemen, where Saudi Arabia is leading a coalition war to fight back against Iranian-backed Houthis, Emmerson reminded Saudi Arabia “of its international legal obligation to conduct a fact-finding investigation, independent of the chain of command involved in the strike, in any case in which there are reliable indications that civilians may have been killed or injured and to make the results public”.

He said he wanted the Saudi government to ensure that such investigations were conducted in every case and the true civilian death toll made public.

A video showcases Saudi troops are retrieving bodies of Saudi troops after killed by Yemeni Joint Forces at Al Hamam Base in Jizan, in retaliation for Saudi crimes against women and children in Yemen