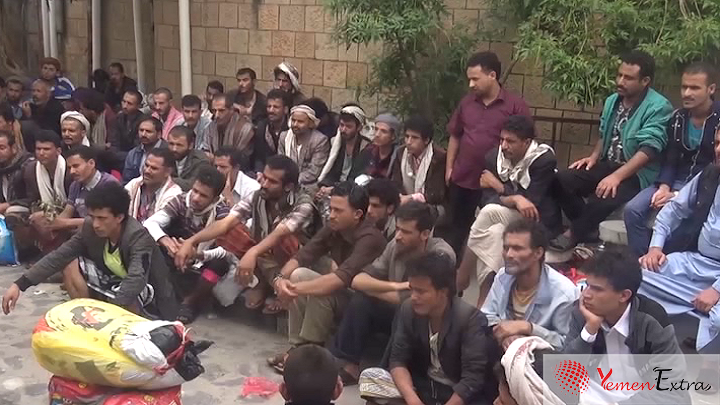 400 of Paid Fighters Released for the Glory of Ramadan Month

On the occasion of the advent of the holy month of Ramadan, release operations  of the paid fighters  were carried out during the month of May, reaching the number of more than four hundred elements in implementation of the amnesty decree issued by the Supreme Political Council.

On the 23rd of the same month, the General Amnesty Committee in the governorate of Ibb released seventy prisoners on the occasion of the coming of the holy month of Ramadan and in accordance with the directives of, the leader of the revolution, Sayyad # -Houthi.

Seventy paid fighters were also released in the province of Hodeidah on the directions of Sayyad-Houthi.

Notably, those paid fighters released on their way back from the front lines of the Saudi –led coalition paid fighters in more than one front and after their pledges and guarantees were released to return to the homeland and their families with the coming of the holy month.

As the UN inability  to resolve the humanitarian issue of prisoners and detainees, humanitarian initiatives by the Yemeni joint forces are the pillars of the attitude  and reflect the commitment to humanitarian principles and  values and the  respect of the holy months.