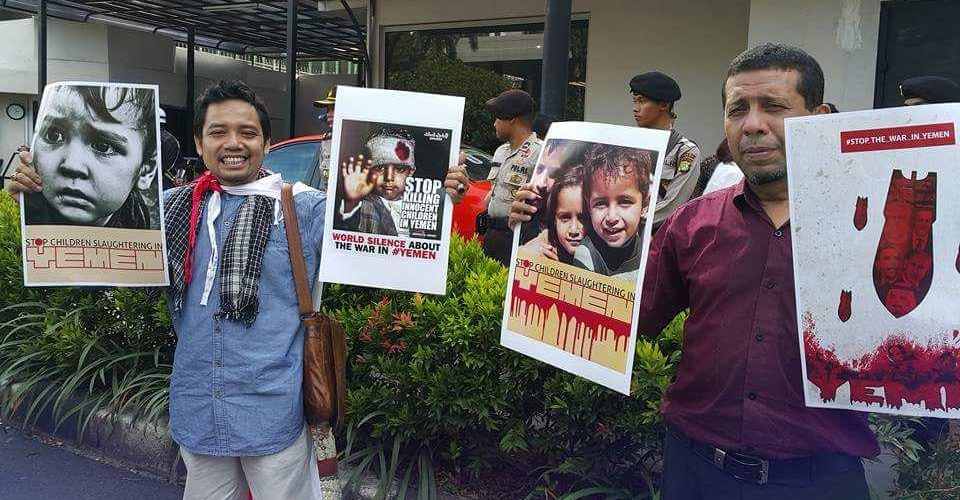 Istanbul, Jakarta, and Geneva Join the anti-War Campaign on Yemen

Istanbul, Jakarta and Geneva have joined “Stop the war on Yemen” campaign.
Turkey and Jakarta’s anti-war organizations have held campaigns in solidity with the people of Yemen condemning the killing of civilians by the Saudi government, on the occasion of the 800 days of airstrikes on Yemen.

In Geneva, anti-war organizations screened infographics of humanitarian and infrastructural damage to Yemen in front of the UN office.

It should be noted that Australia, India, Gaza, the United States and the United Kingdom previously held campaigns in solidarity with Yemenis, condemning the killing of civilians and brutal rape on the country.