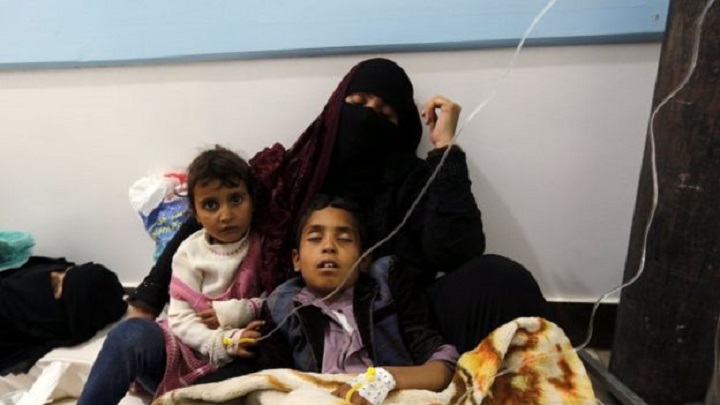 The President of the Political Council . Saleh al-Sammad, Sunday , elected by the Representative Council paid a visit to  the Sab’een Hospital to see the conditions of the patients of Cholera epidemic.

During his visit to the hospital, the President was briefed about the progress of work in the hospital and on the conditions of increasing rate of Cholera. He , in addition, heard the problems facing the hospital as a result of  lacking  of resources due to being Yemen under siege and aggression.