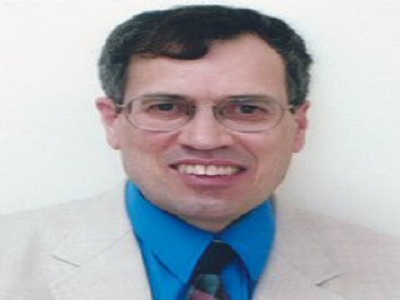 Dr. David Leffler has a Ph.D. in Consciousness-Based Military Defense and served as an Associate of the Proteus Management Group at the Center for Strategic Leadership, US Army War College. Currently, he serves as the Executive Director at the Center for Advanced Military Science

Response to George F. Will`s article which has been distributed by YemenExtra in July 20,2017

What is the future of the Air Force?

Our US Air Force is the best in the world. This excellent editorial “What is the Future of the Air Force” shows there is more our Air Force can do to remain the best

Leaders at the Air University at Maxwell Air Force Base would be judicious to incorporate Invincible Defense Technology (IDT): a revolutionary human resource technology that would empower our military personnel to harness their full potential

IDT is currently deployed by militaries worldwide. Several Latin American countries are now employing this innovative approach, based on the success of the 15,000 members of the Navy, Air Force, Army, and Secret Service of Ecuador. Also, an IDT pilot project was instituted by Brazil’s elite military police force shortly before the Olympics to improve performance and prevent terrorism

Sadly, while the pioneering leaders in other nations are already utilizing IDT to achieve an ideal state of invincibility, this Revolution in Military Affairs (RMA) has gone largely unnoticed by US policy makers. These foreign leaders have recognized the validity of IDT as an excellent cost-effective way to create a more powerful military and ensure victory

IDT uses a superior defense system to defeat terrorism and prevent war, for about the cost of one modern fighter jet. IDT has been validated by 23 studies published in peer-reviewed scientific journals. Based on 25 years of research, it has been endorsed by independent scientists and scholars. This human resource-based technology of the unified field, according to quantum physics, works on a level that is 10 to the 14th power stronger than nuclear force

These foreign militaries have learned how to harness the immense power of this unified field to effectively prevent any enemy from arising within or outside of their countries’ borders. Consequently, they are now shifting away from outdated non-unified field-based defense approaches, and are instead focusing on IDT as a preventative peace building measure

Conflict and terrorism would end rapidly if our military personnel were trained to form Prevention Wings of the Military, comprised of IDT experts practicing the non-religious discipline of Transcendental Meditation (TM) and the advanced TM-Sidhi program in groups twice a day

George Will states in his editorial, “The traditional U.S. approach to warfare – dominance achieved by mass of force produced by the nation’s industrial might – is of limited relevance … changing the trajectory of military thinking, and hence procurement, often requires changing a service’s viscous culture … Hitler was defeated using great violence, but it would be better to architect responses to threats by projecting power in ways that are less expensive and much more efficient than even today’s precision-guided weapons …” IDT effectively meets all these criteria, at a fraction of the cost of all other defense systems

IDT is totally unlike any other defense technology in that it does not use violence in an attempt to quell violence. IDT has been successfully used during wartime, resulting in reduction of fighting, reduced war deaths and casualties, and improved progress towards resolving conflict through peaceful means

It is high collective societal stress levels that ultimately fuel terrorism and war. If dangerous levels of collective stress are reduced by applying IDT, then leaders and citizens will become capable of finding constructive solutions to irresolute issues

With greater civic calm, citizens’ aspirations rise and more productive and balanced societies emerge. Thus, violence as a means for change and/or as an expression of discontent naturally subsides

The ultimate defense is to create no enemies; which means no war or terrorism, and full security with happy and productive lives for everyone

For these reasons, the IDT approach is advocated by the Global Union of Scientists for Peace (GUSP). This non-profit organization hosted an international conference in Kiev, Ukraine ( see: https://www.gusp.org/global-peace-summit/ ). Renowned Ukrainian leaders Lt. General (Ret.) Vasyl Krutov, former chief of the Ukraine Anti-Terrorism Center as well as Academician Dr. Sergiy Maksymenko, a distinguished Ukrainian research scientist are among the impressive list of participants who spoke at or voiced their support for IDT. Others included: President Joachim Chissano of Mozambique, who applied innovative IDT programs to end their civil war; and retired Ecuadorian Lt. General José Villamil, who also applied IDT to end war between Ecuador and Peru

The brave Americans serving in our military are being needlessly killed and wounded in the “War on Terrorism,” since conventional approaches do not adequately defend against sudden acts of violence, or eliminate suicide terrorists willing to die for their cause. IDT is a proven approach to end such attacks

IDT is desperately needed. There is truly no other solution. Air University leaders would be wise to read the GUSP conference proceedings and thereby learn how to establish lasting peace for everyone

Dr. David Leffler has a Ph.D. in Consciousness-Based Military Defense and served as an Associate of the Proteus Management Group at the Center for Strategic Leadership, US Army War College. Currently, he serves as the Executive Director at the Center for Advanced Military Science

The views expressed in this article and George F. Will`s article belong to the author and do not necessarily reflect the editorial policy of YemenExtra

Watch Birds views for a rally which launched in Sana`a in the commemoration of Al Sarkhah , July 21, 2017, YemenExtra