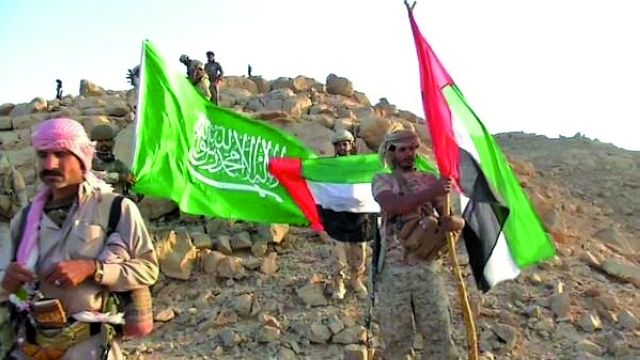 Yemen Gas Company said that the Safer circle run by the paid fighters of the Saudi-led coalition stopped the supply of the company’s stations to Sana’a, Amran, Hodeidah, Dhamar and Saada since early November 2016 ,aiming at  imposing an economic blockade on the citizen by raising the price of domestic gas cylinder on the black market.

An official source in the Yemen Gas Company said in a statement that the Safer Department, which is run by the paid fighters of the General Administration in Sana’a, distributes 80 percent of its daily production to all provinces without any population bases. With the collection of sums paid for each trail of a paid fighter within the circle of saffron.

The source pointed out that the remaining 20 percent of the production of the Safer circle is distributed to legal figures who are carrying out the war in the Marib, Al-Jouf, Shabwa, Hadramout, Abyan provinces and others, so as to increase the wealth of the steadfast citizen in the face of aggression.

The source pointed out that the public administration in Sana’a is facilitating the passage of gas trailers to the provinces that reach through the lines run by the paid fighters to reach the gas cylinder for the citizen, though the paid fighters imposed the collection of additional funds for gas trails in the lines of Marib .

The source affirimed the keenness of the General Directorate of Yemen Gas Company on the arrival of gas cylinders to citizens in all provinces of the Republic without exception, while the company bears the responsibility to deliver gas to citizens in any province, though the paid fighters in the Saffr Department are attempting to stop the company’s activity in public administration through Stopping  the supply of the company’s stations and the lack of influx of data and information between Safer Department and the public administration.