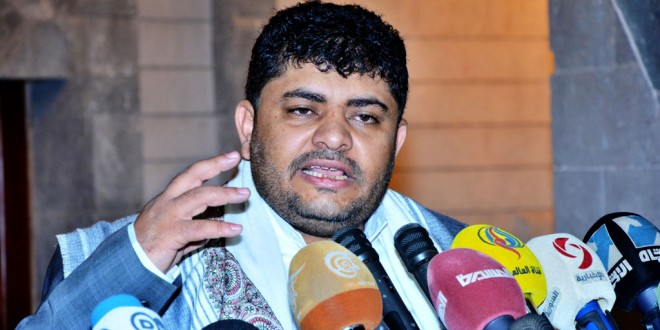 The head of the Supreme Revolutionary Committee, Muhammad Ali al-Houthi, called on the government of the rescue to explain why it hasn’t paid salaries of state employees.

In a tweet of Al-Houthi on his Twitter page, he pointed out that the Revolutionary Committee had paid the salaries of the employees during the period of taking office, stressing that “the government must explain why the salaries were not received nor the salaries were handed over”

“There is no need to move away from the people,” he added.

Houthi once again with the Yemeni Joint Forces in the Battlefronts

A Large Number of Dead Bodies of the Saudi-Led Coalition Lie down in Marib , Jawf