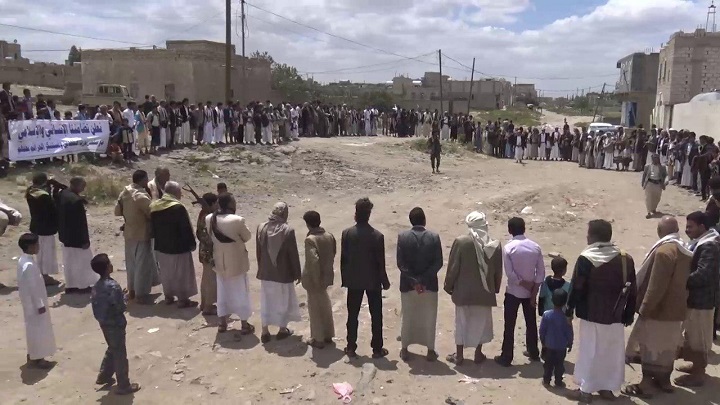 The tribes of Thamer village and southern areas of districts of Thammar went out to prepare for the third anniversary of the September Revolution in Sana’a.

The tribes stressed that they are ready and well prepared for going out in masses to celebrate the anniversary of the 21 revolution that will be held in Sana’a as requested for by Sayyed Al-Houthi.

In addition, the tribes strongly affirmed that they will revive the third memory of the revolution in an unprecedented way, and to fund the front fields by various means like money and weapons.The tribes also spoke about their opposition of any internal divisions that would break the unity of the citizens.

Furthermore, the tribes also spoke about Burma and the slaughtering of Muslims in brutal ways.The participants declared their full solidarity with the oppressed Muslims of Burma.