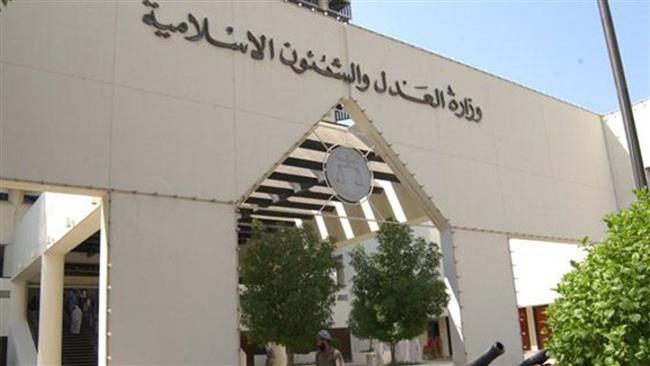 A court in Bahrain has sentenced two political dissidents to five years in prison and revoked their citizenship as the ruling Al Khalifah regime presses ahead with its heavy-handed clampdown on pro-democracy campaigners in the Persian Gulf kingdom.

On Saturday, Bahrain’s Supreme Court of Appeal found the defendants guilty of “training in the use of weapons and munitions, in addition to the possession of a firearm without the authorization of the Ministry of Interior for terrorist purposes,” Arabic-language and independent Manama Post online newspaper reported.

The Manama regime has stepped up crackdown on political dissent in the wake of US President Donald Trump’s meeting with Bahraini monarch King Hamad bin Isa Al Khalifah during a summit in the Saudi capital city Riyadh in late May.

Less than 48 hours after the US president left Saudi Arabia, Bahraini regime troops attacked supporters of prominent Shia cleric Sheikh Isa Qassim in the northwestern village of Diraz, killing at least five people and arresting 286 others. Reports said 19 policemen were also injured in the clashes.

The London-based Bahrain Institute for Rights and Democracy said Trump “effectively gave Hamad a blank check to continue the repression of his people.”

Thousands of anti-regime protesters have held demonstrations in Bahrain on an almost daily basis ever since a popular uprising began in the country in mid-February 2011.

They are demanding that the Al Khalifah dynasty relinquish power and allow a just system representing all Bahrainis to be established.

Manama has gone to great lengths to clamp down on any sign of dissent. On March 14, 2011, troops from Saudi Arabia and the United Arab Emirates were deployed to assist Bahrain in its crackdown.

Scores of people have lost their lives and hundreds of others sustained injuries or got arrested as a result of the Al Khalifah regime’s crackdown.

On March 5, 2017, Bahrain’s parliament approved the trial of civilians at military tribunals in a measure blasted by human rights campaigners as being tantamount to imposition of an undeclared martial law countrywide.

Over 20 citizens killed in a Saudi American raid on Hodeida

Stop the killing in Yemen