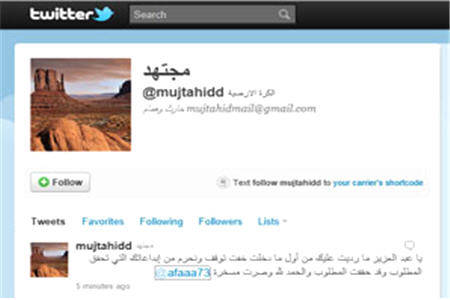 The famous “Mujtahidd” account revealed the truth of the ongoing investigations with the detaining detainees, headed by Prince Alwaleed Bin Talal.

Mujtahid confirmed that Alwaleed bin Talal and the rest of the Ritz-Carlton inmates were transferred to Al-Hayer prison. The three princes who completed the settlement and were released were three sons of King Abdullah, headed by Mteb bin Abdullah.

According to Mujtahadd, “there are no investigations into corrupt practices, no negotiations with anyone, no settlements, which are being followed by the assets of the detainees at home and abroad, liquid and assets, so that Ibn Salman decides how much he confiscates for himself, Conversion as a state. ”

Speaking about the property of the detainees in the kingdom, Mujtahidd said that what is happening is the listing of liquid assets in the form of bank accounts, and then issuing an order from SAMA to transfer them to Ibn Salman account under the umbrella of the Public Investment Fund.

“As for companies, stocks, real estate and assets, the detainees are forced to sell what can be sold and transfer the ownership of the rest to the companies of Ibn Salman.”

“The Saudi authorities are trying to force the detainees to reveal their wealth abroad, and the details of all their accounts abroad (Switzerland and the rest of Europe and America) as well as companies, real estate and stocks,” Mujtahidd said.

My biggest wish for 2018 is peace in my lovely country, Yemen