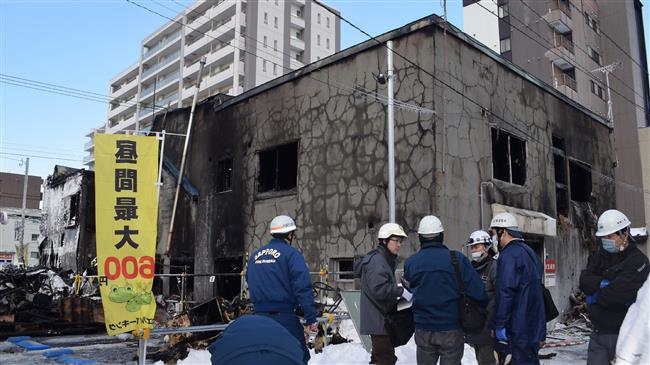 Fire kills 11 at residence for elderly people in Japan

Eleven people died after a fire broke out at a residence for elderly people with financial difficulties in northern Japan, police said on Thursday.

Television footage showed the three-storey building engulfed in flames and dozens of firefighters battling the blaze in snowy conditions.

Pictures of the aftermath showed the blackened husk of the building, whose roof had apparently collapsed due to the fire.

The victims — eight men and three women — were among 16 residents of the facility in Sapporo, Hokkaido, run by a local organization.

The other five residents escaped with minor injuries, a police spokesman told AFP, adding that authorities were investigating the victims’ identities.