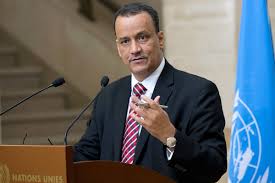 The United Nations (UN)’s outgoing envoy for Yemen says his potential successor is to moderate talks between Yemeni sides in Oman.

Ismail Ould Cheikh Ahmed, who will step down by the end of his term later this month, made the remarks on Friday, various Arab-language media outlets reported.

The talks would start out with a round of negotiations between the General People’s Congress (GPC) party of former Yemeni president Ali Abdullah Saleh and the country’s popular Houthi Ansarullah movement.

The two sides have been attending talks in Switzerland and Kuwait over the past years and have formerly reached agreements on prisoner exchanges.

Saudi Arabia has been waging war on Yemen since March 2015 in an unsuccessful attempt to reinstate Abd Rabbuh Mansur Hadi, another former president, who was friendly to Riyadh. At least 13,600 people have been killed in the war.

The GPC had been allied to the Houthis before Saleh — who was killed in an attack late last year — switched allegiance to the invading Saudi Arabia.

Commenting on the next round of talks in Oman, Cheikh Ahmed, who was appointed as the UN envoy for Yemen in April 2015, stressed the need for both sides to make concessions to enable a peaceful settlement of their differences.

Yemen announces the destruction of the coalition’s defense system “PAC3”