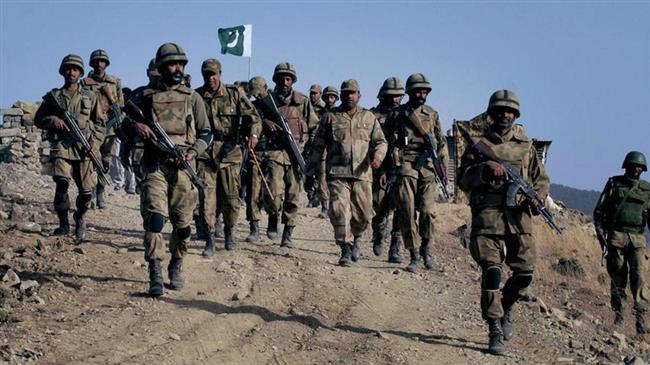 What accounts for Pakistan’s troop deployment to Saudi Arabia?

Saudi Arabia and Pakistan have historically had close military partnership in the Middle East, and Islamabad has recently announced that it is sending troops to the oil-rich kingdom on a “training and advice mission,” without specifying the exact role the soldiers will play there.

Pakistan Army announced the deployment decision after a meeting between Chief of Army Staff General Qamar Javed Bajwa and Saudi Ambassador to Pakistan Nawaf Saeed al-Maliki at the army headquarters in the eastern Pakistani city of Rawalpindi on February 15.

There are already 1,379 Pakistani servicemen deployed in Saudi Arabia, most of whom are from Pakistan Army, along with a few Pakistan Air Force (PAF) and Pakistan Navy (PN) officials, according to security sources.

This is while no official word on the number of additional Pakistan troops being sent to the kingdom has been released. The fresh deployment is said to be slightly over 1,000 soldiers.

The development is notable because Saudi Arabia has been pushing Pakistan to provide ships, aircraft and troops since 2015 for its devastating military campaign against Yemen.

Pakistan’s parliament, however, has decided against the deployment to avoid backlash from sizeable Pakistani Shia Muslim community, and above all, deterioration in relations with neighboring Iran, which is politically supporting the Houthi Ansarullah movement in their fight against the Saudi aggression on Yemen.

The major policy shift comes as former Pakistan Army chief, General Raheel Sharif, is the current head of the so-called Islamic Military Counter Terrorism Coalition (IMCTC), which is based in Riyadh.

Moreover, Saudi Arabia wants to drag Pakistan into its regional adventurism and aggressive campaign against Iran.

While the Saudi military is well-equipped with an array of advanced European and American fighter jets and state-of-the-art munitions, the kingdom’s combat forces are not as experienced and versatile as Iranians.

Saudi officials hope that the Pakistani Army would whip their ground forces into shape.

Pakistan has long been involved in protecting Saudi Arabia and the House of Saud, but ultimately it is Islamabad, which is more dependent on Riyadh.

Saudi Arabia, for example, gave oil to Pakistan in 1998 to help Pakistan weather international sanctions against it for conducting a nuclear test.

The Saudis also saved former Pakistani prime minister, Muhammad Nawaz Sharif, after he was overthrown in a military coup in 1999, and he is thus indebted to them.

The new deployment plan comes against the background that Pakistani soldiers have frequently been deployed in Saudi Arabia.

Pakistan helped formation of the Royal Saudi Air Force (RSAF) in the 1960s and trained its first jet fighter pilots.

Moreover, nearly 15,000 Pakistani troops were posted in Saudi Arabia throughout the 1970s and 1980s.

Up to 13,000 Pakistani troops and 6,000 advisors were posted in Saudi Arabia during the first Persian Gulf War in 1991 as well.

Nehm front the scene of dead bodies of Saudi-led coalition