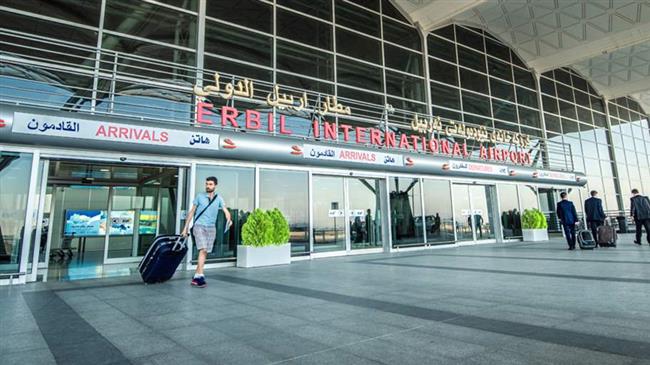 Iraq has once again extended by three months a ban on international flights to and from the Kurdish region, some five months after the region held a controversial referendum on independence, which opened up a persisting rift between the semi-autonomous region and the central government in Baghdad.

“We have been informed by the civil aviation authority in Baghdad that the ban on international flights to and from Erbil and Sulaymaniyah airports has been extended until the end of May,” AFP quoted an unnamed senior official at Erbil International Airport in the region’s capital as saying on Monday.

Tensions flared up between Iraq’s semi-autonomous Kurdish region and the central government in Baghdad after the Kurdistan Regional Government (KRG) held a highly controversial plebiscite on independence on September 25 last year despite strong opposition from Baghdad, the international community, and Iraq’s neighboring countries, especially Turkey and Iran.

Following the provocative vote, Baghdad imposed a ban on direct international flights to and from the Kurdish region and called for a halt to its independent crude oil sales. The KRG at the time described such measures as “collective punishment.”

Back in December, Baghdad announced that the northern region’s direct air links with the outside would remained cut for two more months, a punitive measure, which is to run until Wednesday, but according to the official, who was speaking on condition of anonymity, the authorities have decided to renew it for three more months.

The official, however, added that “only internal flights are authorized.”

Meanwhile, Saad al-Hadithi, a spokesman for Iraqi Prime Minister Haider al-Abadi’s office, confirmed that the ban had been extended, but said that “no date had been set to lift the ban.”

“It will depend on the transfer of the airport’s administration to the federal government and when that will be done, the ban will be lifted,” he further noted.

According to Hadithi, some “progress” has been achieved during talks with the Kurdish side on a number of issues, including customs, passports and visas.

“But the issue of the control of security at the airports has not been solved yet, although there is a will to reach a solution to this problem,” he added.

Since the air ban was enforced, all Kurdistan-bound international flights have been rerouted to Baghdad, which has also imposed entry visas to foreigners wishing to visit the Kurdistan region.

In October, Iraqi federal forces retook control of the Kurdish-held city of Kirkuk and many disputed territories in response to the Kurdish referendum. Kirkuk is not one of the three provinces that have made up the Kurdish region since 2003. However, Kurdish militants used a vacuum created when government troops were fighting against Daesh terrorists to overtake the oil-rich city.