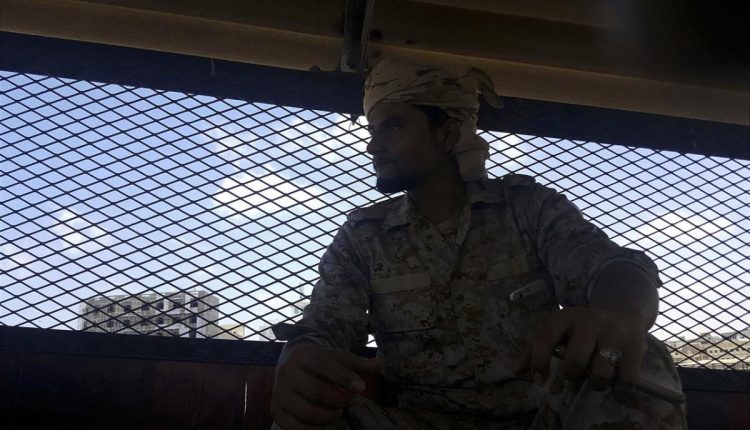 The government of the fugitive former President ,Abdurbo Mansour Hadi, admitted that the security file in the south is out of its hands ,and confirmed that secret detention centers of the UAE in the southern provinces , which are controlled and managed by the UAE.
The Interior Minister of Hadi ,Ahmed al-Misri, admitted the presence of detainees in the UAE prisons in Aden in an official letter in which the leadership of the coalition called for the release of a number of them.
AL-Misri addressed a letter to the commander of the UAE forces in Aden, an Emirati officer, in which he demanded the disclosure of the fate of 12 detainees and sent them to the Public Prosecution on the basis of a letter from the Attorney General.
His letter revealed the lack of knowledge of the Minister of the Interior about the fate of the detainees ,and where they are, when he asked the Coalition leadership to speed the transfer of detainees to the Attorney General or to reveal their fate according to his letter.
It also asked the Director of Security Aden, Major General Shalal Shaia ,appointed by the UAE ,to send the detainees with their files to the Attorney General ,as well as the  Minister of Interior of  Hadi, asked the security manager of Aden to provide the ministry with written document to reveal the fate of the detainees and the reasons for non-sending to the prosecution.
.
According to security sources, al-Misiri demanded the release of 12 detainees belonging to the Islah Party, while the UAE has arrested hundreds of southern detainees in its secret prisons in Aden.
In the context of continued protests by the families of detainees on Wednesday to demand the release of southern detainees in UAE prisons two years ago .
Mothers and relatives of dozens of detainees held a protest rally demanding the release of their sons and relatives held in UAE prisons for more than a year and a half without charge.
Arrests of southerners by UAE increase . Then it hide them in secret prisons in Aden and the southern provinces which it controls.
#Yemen
#UAE

UAE uses Yemenis to protect itself