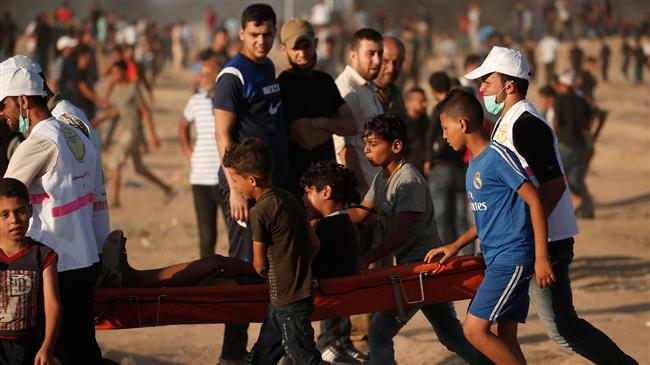 Gaza’s Health Ministry said Ghazi Abu Mustafa, 43, was shot in the head near the fence that separates the occupied territories from Gaza east of Khan Yunis on Friday. An unnamed 14-year-old boy was also killed during clashes east of Rafah in southern Gaza

Tensions have been running high near the fence since March 30, which marked the start of a series of protests dubbed “The Great March of Return.” Palestinian protesters demand the right to return for those driven out of their homeland

The clashes in Gaza reached their peak on May 14, the eve of the 70th anniversary of the Nakba Day, or the Day of Catastrophe, which coincided this year with Washington’s relocation of the US embassy from Tel Aviv to occupied Jerusalem al-Quds

More than 14,800 Palestinians have also sustained injuries, of whom at least 360 are reportedly in critical condition

Yemen’s Hudaydah goes through another day of airstrikes