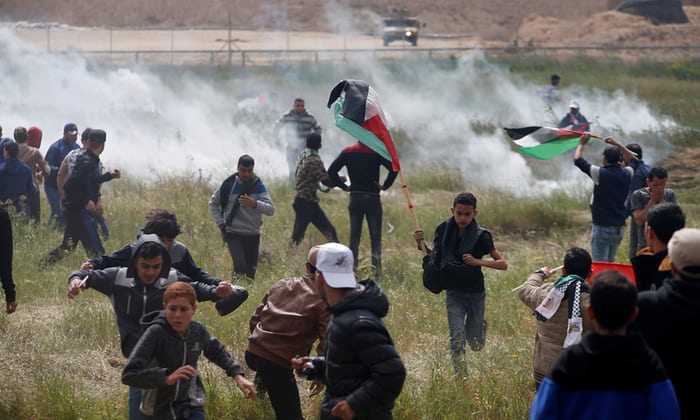 According to Palestine Today, Ministry of Health in Gaza spokesman, Dr. Ashraf al-Qadra said that “the two martyrs are Ayman Al-Najjar (24 years), and Mohanad Hamouda (24 years), who had arrived at the Indonesian hospital scattered pieces after being targeted by the Zionist enemy.”

According to local sources, a Zionist drone fired a missile at one o’clock in the morning towards the two youths near the cemetery of martyrs east of Jabalya.

It is noteworthy that the Zionist enemy forces targeted Palestinian civilians since the start of the march of return and break the siege, which began on 30 March.