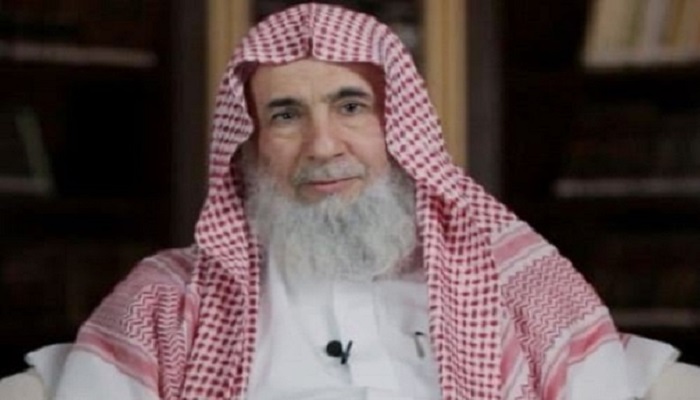 Saudi authorities have arrested a university professor and well-known Islamic cleric in the kingdom, adding another person to the list of prisoners of conscience in the kingdom that has witnessed a widescale campaign of arrests for months, according to al-Quds al-Arabi.

The London-based newspaper confirmed the arrest last Tuesday of Sheikh Nasser al-Omar, a former professor at Imam Mohammed bin Saud University, and pointed out that he stopped tweeting since his arrest

Omar’s arrest comes as part of an ongoing wave of detentions of prominent Saudi clerics, writers, thinkers and activists.

Last September, the Saudi authorities interrogated Omar, and he has pledged not to interfere in political issues or allude to them

Abdullah al-Odah, the son of Sheikh Salman al-Odah, one of the most prominent detainees in Saudi Arabia, told the paper that Omar was arrested in Mecca on Tuesday

One of Saudi Arabia’s most popular Twitter accounts, which usually publishes intrigue about the royal family, reports of an unprecedented “medical alert” declared over King Salman, aged 82

On Sunday, the “Mujtahid” Twitter account wrote: “A sudden state of alert has been declared at the level of the medical staff taking care of the king. The image has not been clear about the reasons for such state, whether it was precautionary or therapeutic

There are doubts, he wrote, about King Salman’s ability to participate in various receptions to welcome delegations during the pilgrimage season which begins in Mecca in a few days

He added: “Family circles are talking about more than that,” referring indirectly to a possible deterioration of the king’s health

A team of aides to Nikolay Mladenov, the UN envoy for the Middle East peace process, met with Hamas leaders during a visit three-hour visit to the Gaza Strip on Saturday, according to the Saudi newspaper Asharq al-Awsat

During the visit, they discussed a ceasefire established between the group and Israel last Thursday after Israeli air strikes destroyed the al-Meshal Foundation cultural centre in Gaza City

They also re-examined the details of a UN-Egyptian proposal for a long-term truce, the paper reporte

The visit of the delegation coincided with the Israeli warplanes’ waging series of raids on groups of people who were launching fiery kites in Gaza, which wounded three young men

Record levels of Algerians want to be French

At least 70,000 Algerians have requested French citizenship over the past 18 months, according the Algerian newspaper Echourouk El Yawmi

According to the French interior ministry, between 1998 and 2017, around 400,000 Algerians obtained French nationality through in this way and also through marriage and naturalisation

US Provided “Intelligence” and Bomb Used in Massacre of Yemeni Schoolchildren