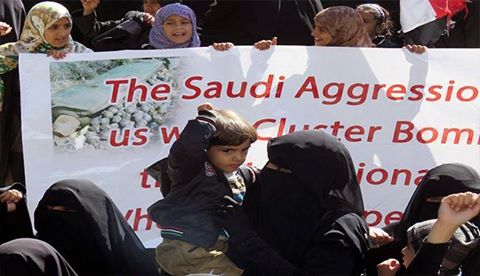 Women of Marib province held a protest rally to condemn war crimes committed by Saudi-led coalition against the Yemeni people.

The rally took palce in Haraib al-Qaramish district and stressed on a public mobilization by the Yemeni tribes to reinforce the army to confront the coalition.

The participants praised the great triumphs achieved by the missile, air and land forces in deterring the coalition in a depth of its areas.