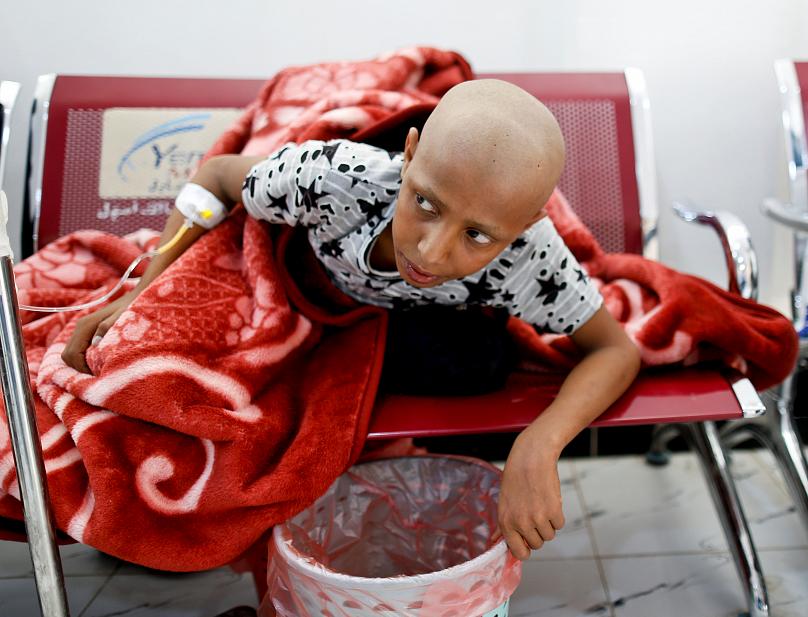 Suffering From Cancer Amid War in Yemen

In Yemen, each day, hour and minute doesn’t pass but rather carries new pains and suffering for cancer patients as a result of the siege imposed by the brutal coalition on Yemen for four years, death is pursuing lives of patients continuously and every day more patients lose their life

The National Oncology Centre in Sanaa admits 600 new cases each month, but beds are limited. The few available are reserved for children, meaning many are forced to receive treatment from a chair or in the waiting area.

But despite growing demand for its services, the centre received just $1 million funding last year from state entities and international aid groups and treatment for patients is unaffordable for many.

Mohammed Al-Emad, a relative of a cancer patient, says medicine supplies are sparse, and where they are available, patients can rarely afford them.

The US-Saudi coalition’s war against Yemen left big suffering on cancer patients in particular, and all patients in general, the Yemeni people in general live amid the disregard of the international silence.

For the Saudis, Yemen is a historical target of influence, but also a critical arena for security and stability, if only because Yemen shares a long and porous border with it and also commands the entrance to the Red Sea.

In its war against the Houthis, Saudi Arabia enjoys intelligence and logistical aid from the Americans, and has the fourth largest security budget in the world as well as advanced weaponry at its disposal. Yet, the kingdom is finding it difficult to defeat a determined enemy on its doorstep.