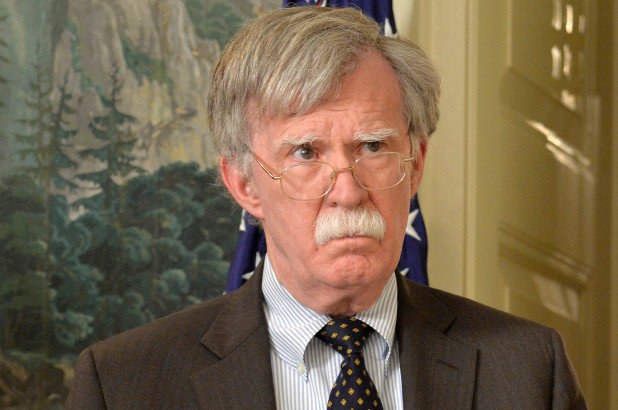 Bolton Attack on ICC: A legal Suicide by U.S.

On Sept. 10, John Bolton, the national security advisor to Donald Trump, made a harsh attack against the International Court of Justice (ICC), calling it “illegitimate” and a body that it is “dead” for the U.S.

Established in 2002 under the Rome Statute, the ICC is the world’s first permanent court established to prosecute war crimes, crimes against humanity, and genocide.

The threat by Bolton comes as the Hague-based body has said the U.S. armed forces and the CIA might have committed war crimes in Afghanistan, and the Palestinian Authority has asked the ICC chief prosecutor to open an investigation into alleged Israeli war crimes, crimes against humanity, and apartheid.

Bolton appeared so boorish that he said the U.S. will impose sanctions against the ICC and, where possible, prosecute its officials if it proceeds with launching investigations. He also threatened to impose the same sanctions on any country that aided the international court in its investigations.

The announcement showed that the Trump administration feels no shame to say that that the U.S. and Israel are exception and above the law.

In view of Bolton it is “self-defense” that Israeli snipers kill hundreds of people attending weekly peaceful protests in Gaza.

“We will not allow the ICC or any other organization to constrain Israel’s right to self-defense,” Bolton said in his speech to the Federalist Society in Washington.

According to the doctrine adopted by the Trump administration, certain countries close to the U.S. should feel free to commit war crimes.

“If the court comes after us, Israel or other U.S. allies, we will not sit quietly,” Bolton asserted.

“Other U.S. allies” that Bolton refers to are no countries except Saudi Arabia and the UAE which are committing war crimes in Yemen and the most concrete example of their crime was the targeting of a school bus on August 9 with a 227 kilogram laser-guided MK 82 bomb made by Lockheed Martin.

The remaining U.S. allies, especially those in Europe even if they can still be considered Washington’s allies, have been involved in no war in the recent decades which their action could be subject to investigation by the ICC.

David Scheffer, who established the ICC on behalf of the U.S. and served as the country’s ambassador-at-large for war crimes issues, said, “The Bolton speech today isolates the United States from international criminal justice and severely undermines our leadership in bringing perpetrators of atrocity crimes to justice elsewhere in the world.”

The illegal and rash policies by the Trump administration, ranging from its rebuke to international treaties like the Paris climate agreement, its withdrawal from the binding Iran nuclear pact, moving its embassy from Tel Aviv to Jerusalem in an open violation of the rights of Palestinians and its recent harsh attacks on the ICC signal nothing less than legal and political suicide by Washington and its consequent isolation in the world.

Yemenis find nothing but leaves to eat, to survive amid war