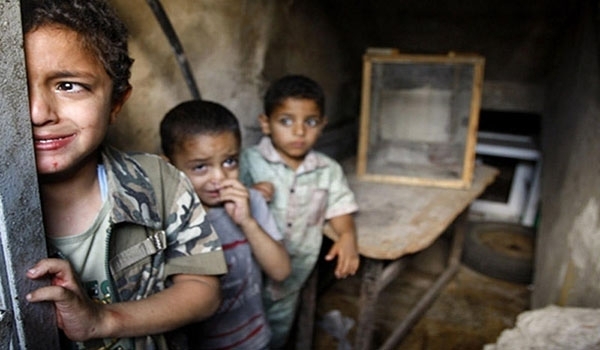 Tens of thousands of Yemeni children could die this year also if urgent action is not taken to end the Saudi-Led war.

“We, the children of Yemen, are struggling to survive. We go to sleep with the sound of warplanes overhead and we wake up to more destruction.”

“We are innocent, play no part in this war, and have committed no sins.”

“And yet, we are missing out on an education as our schools are being destroyed. We are being denied our most basic rights of health, safety, and life. The longer the war continues, the more children will die.”

“Disease will continue to spread, whilst health centers lack the medical supplies and vaccines needed to tackle them.”

“We could be forced to work just to be able to eat. We are sad for our country, our families and our friends.”

“And to the world, to all the big decision makers, we ask you to think of us before you wage a war.”

For the last three years, Yemeni children have been bombed and starved with utter impunity. Thousands have died in their homes or in hospitals as they waited in vain for medicines or lifesaving equipment to reach them.

Children who once felt they had a future, have seen their cities and their dreams turned to rubble. Half of all hospitals have now been damaged or destroyed, hundreds of schools have been levelled or attacked, more than four million children are on the brink of famine.

life in Yemen has become “intolerable hell for children” because of the ongoing war, adding that the battle for the Red Sea port city of Hodeidah endangers the lives of hundreds of thousands of children in the city.