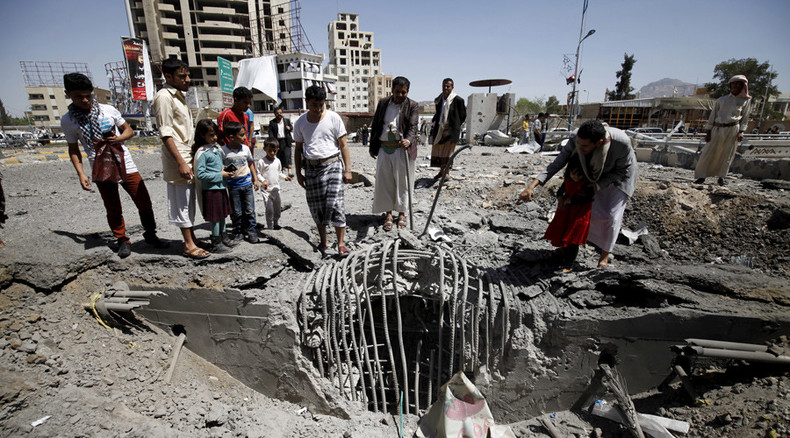 The Saudi-led coalition in Yemen has continued to launch raids on various Yemeni governorate, causing injury to citizens and material damage to property.

In the province of Taiz, a citizen was injured while his home was damaged by artillery shelling of Saudi militias in the district of Khadir.

In the northern province of Saada, an African immigrant was injured and a citizen car was burnt as a result of Saudi gunfire in al-Raqou area in the district of Muneabh.

populated villages in the border district of Shada were subjected to rocket fire and artillery shells attack.

In the western coastal province of Hodeidah, battleships affiliated with the Saudi-led coalition, in addition to Saudi militias artillery, bombarded houses and property of citizens in the city of Durahmi.

A number of seven aerial raids targeted farms and property of citizens in the western area within the district of Tuhita, Hodeidah province.

Yemeny armed forces respons to the coalition in battlefronts

Saudi Militias Bombardment Causes an Injury of a Civilian in Taiz