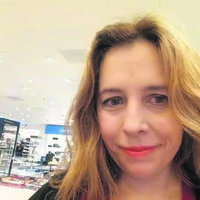 Yemen, the poorest country in of Middle East, has long been the most neglected and could not stand in starker contrast to its rich, glitzy neighbors. Over the past two years it has hit the headlines for the most tragic of reasons.

The country is poor mostly as a result of corruption and economic mismanagement, but the civil war has further depleted Yemen of basic life-sustaining resources and plunged it into a catastrophic humanitarian crisis.

The country is in the grip of a war that is becoming increasingly complex. Fighting between the Houthis and the government forces has now been joined by a Saudi-led coalition that is backed by the United States, Britain, France and a number of Gulf states. To counter this coalition, Iran has been assisting the Houthis in their fight for increased power and influence.

The most serious humanitarian concerns include famine and cholera. Yemen’s ability to feed its population declined before the war, but now more than a third of the population is on the brink of starvation. One of the reasons is that Saudi Arabia has blocked the port of Hodeidah. The United Nations Humanitarian Aid office estimates that, as a result, 10-million Yemenis require emergency assistance and millions of others are struggling to secure water, food and basic shelter. The famine also stems from the Saudi-led coalition’s blockade on food imports. Despite a loosening of the blockade, Yemenis are still cut off from vital aid.

An end to the conflict is nowhere in sight. But there are calls for accountability under the rules of international criminal law and international humanitarian law. It has long been argued that state-designed famine can constitute a form of genocide. The Irish potato famine from 1845 to 1849, one of the quintessential examples of a famine that could have been prevented, was a form of genocide by the British.

State-orchestrated famine as genocide, however, has never been prosecuted as a crime. But famine in the context of armed conflict can be prosecuted as a war crime or a crime against humanity if it is engineered by a state or used as a weapon of war.

Deliberate famine differs from preventable famine in the sense that the latter could have been caused by government negligence. Although the deliberate starvation of an enemy population is as old as war itself, the crime has been under-recognized in international and domestic law.

Economist and philosopher Amartya Sen suggests that national governments may choose whether to allow their populations to starve, but that “government officials responsible for crafting and pursuing faminogenic policies should be considered perpetrators of international crimes”.

The web of accountability is wide and the rhetoric is duplicitous. Countries such as Britain continue to call for an end to the bloodshed and hostilities while benefiting from the business of war by selling weapons to Saudi Arabia.

Attempts to Block Saudi Arms Sales Over its Destructive War in Yemen.