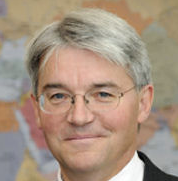 If Trump’s America can hold the Saudis to account for their actions in Yemen, then so can we

Every day, Cabinet Ministers – and hardworking civil servants – are balancing twin imperatives: protecting British citizens and improving the lives of some of the world’s most desperate people. For the most part, these imperatives complement and even enhance one another; responding to the deadly Ebola outbreak in 2015 was clearly the right thing to do and the smart thing to do. UK Aid and British expertise saved countless lives and stopped this deadly virus reaching our shores.

And of course, tackling the extreme of international poverty make us safer in the UK, too. All of British development policy serves the British national interest; it is mutually beneficial: ‘a win-win’. However, I fear that the British Government’s response to the conflict in Yemen does not pass this test.

This is not a reflection on the tremendous impact of UK Aid, which is keeping millions of children alive during the world’s largest humanitarian crisis. Nor is it a slight on the brilliant men and women desperately trying to negotiate peace – and deploying all their diplomatic clout to ensure vital goods can enter the country. But it is becoming increasingly clear to me that our complicity in this conflict is undermining these phenomenal efforts.

The war in Yemen has been raging for over three years. In this time, daily life in Yemen – an already poor and troubled nation – has become unbearable. Violence, hunger and disease plague the lives of millions of ordinary citizens, who are caught in the cross-fires of this brutal conflict.

Both sides in the war – the Houthi-forces and the Saudi-Emirati Coalition, working on behalf of the Government of Yemen – continue to show a staggering disregard for human life. In just nine days this August, 131 children were killed. This includes 40 children who were killed when their school bus was targeted by an airstrike. They were travelling home from a picnic wearing their UNICEF backpacks – a beautiful symbol of our global commitment to help all children in conflict. The next day, these children were either dead or digging graves for their friends – a devastating symbol of the complete collapse of this commitment in Yemen.

This airstrike was carried out by our allies, the Saudi-Emirati-led coalition. The bomb was made by the US. And yet, our government is still to condemn this attack. We are told – as we have been told for the past three and a half years – that instead, they are having a private word; urging the Coalition to uphold International Humanitarian Law and improve its targeting behind the scenes.

In order to change behaviour, actions must have consequences. This is a universal rule; if actors think that they can get away with a certain behaviour, or it remains in their interests, then they will not change. At present, with the public support of their UK allies, there are few consequences for the Saudi-Emirati-led Coalition when they bomb children.

I refuse to believe that Britain – a founder and one of the largest members of NATO, a founder and permanent member of the UN Security Council, and the author of the Convention on the Rights of the Child – does not have the global clout to influence our allies and urge them to rein in their activities.

When we decide not to speak out, even when we know the action is plain wrong, we are grossly underestimating our strength – and underestimating the extraordinary potential power of Global Britain.

This is something many of our European allies have already realised. The State Department made numerous statements following the school bus attack. And a congressional defence spending bill signed by Donald Trump includes a clause requiring the Secretary of State to certify that Saudi Arabia and the United Arab Emirates are taking steps to prevent civilian deaths. An uncomfortable and depressing silence from the UK diminishes us all.

It is time for the UK to make clear it will no longer support what Saudi Arabia is doing in Yemen, and redouble efforts to urge all parties to agree to an immediate cessation of hostilities followed by negotiations. This is a pivotal moment to demonstrate post-Brexit Britain’s global values and global strengths.

If Global Britain is to be a force for good in the world, we must stand up for these values and for good, old-fashioned British common sense. If we fail to act, we undermine all our efforts to deliver prosperity and security to the world and will be remembered on the wrong side of history.

Despite its records, Saudi Foreign Minister claims this about the War on Yemen at UNGA

American Officials Could Be Prosecuted for War Crimes in Yemen