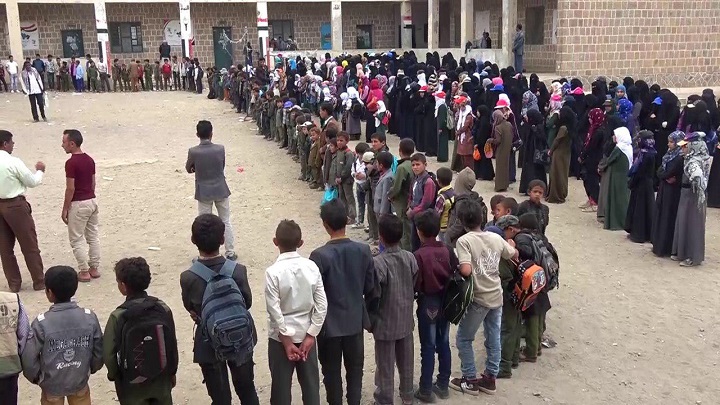 The teachers and students of al-Fateh Elementary School in al-Jibin district located in the province of Raymah, students organized a demonstration in which they condemned the brutal massacres committed by the Saudi-led coalition against the Yemeni people.

The participants expressed condemnation of the brutal massacres perpetrated by the Saudi coalition, the most recent of which was the horrific massacre of displaced people in the coastal province of Hodeidah, in which about 40 citizens were killed and a wounded. The teachers also stressed that they are willing to continue educating, despite the salaries cut-off and the siege imposed by the Saudi-led coalition.

American Mercenaries Were Hired by UAE To Kill Politicians In Yemen

How We Can End the Saudis’ War in Yemen