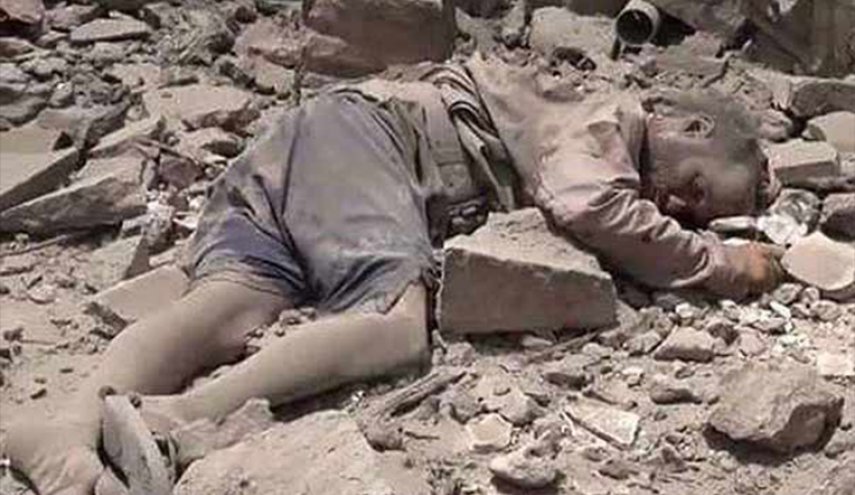 Western media treats the crimes of the Saudi regime around the world are all forgiven, except the blood of a journalist who was killed in the Saudi consulate located at Istanbul, because it is more important than the blood of millions of Yemenis. Although the single culprit but the death machine is different they saw in the first case and tanks and aircraft in the second case.

The western voices increased at the official level and the level of media, which distanced itself from the kingdom after admitting the killing of a critic journalist Jamal Khashoggi inside the Saudi consulate in Istanbul, but where were the protests and condemnation when the Saudi planes dropped bombs on schools, hospitals and wedding halls in Yemen, why weren’t these voices heard when a Yemeni school bus was bombed in August ?, killing 40 children under the age of 11?

Despite the ruthlessness of what Saudi Arabia has done with Khashoggi, including the use of a bone saw to dismember his body, we consider that all human life is precious, including Khashoggi’s life. This crime, but the sudden interest, or at least show discontent at the actions of the Saudis, which occurred long after the history of bloody executions, war crimes, and terrorism, is to support an issue in a different way only for one reason, which is to show others how much you a moral person.

These Western media outlets, which show a vast amount of solidarity to Khashoggi’s case, tried to justify after every Saudi crime in Yemen, who the ones were killed were dozens of children and women, directly or indirctly and by supporting arms deals concluded by Western countries With this kingdom.

the humanitarian crisis in Yemen, where some 16,200 civilians have been killed since March 2015 as a direct result of the siege of the Saudi-led coalition. This war, caused by Saudi Arabia, caused famine in Yemen, and western media has called it the “forgotten war” because of poor attention it gives off, despite the great human losses and their contioniution till this very day.

“75 percent of the population, equivalent to 22 million people, need assistance and protection, including 8.4 million in the event of serious food insecurity and the need to provide food for them,” An internal memo delivered to the 15 members of the Security Council dated 18 October. “The official who made a presentation on the humanitarian situation in Yemen told the Security Council on Tuesday:” In the worst case scenario, the number of people could rise by 8.4, bringing the total number of people on the verge of starvation in Yemen to 14 million In this regard, the price of gasoline, which rose by 45%, and the riyal, dropped by 47% in exchange rate with the dollar , “adding that since September, it has lost 20% of its value, and the impact of this decline in the currency is on all the families in Yemen, adding:” The largest humanitarian operation in Yemen, stressing that more than 200 partners provide assistance and protection through the plan International humanitarian “.

The World Food Program also warned on October 16 that the famine could take over 12 million people in the coming months. “The food crisis in Yemen is directly linked to the conflict,” an official said.

However, it seems that the United Nations and international human rights organizations’ reports are not heard in the Western media, which are installing their cameras alongside the Saudi consulate in Istanbul and reflecting the developments over the course of 24 hours and weaving the stories here, as the saying goes, but can not document anything with it cameras in Yemen so it can broadcast Saudi crimes against the Yemeni people. The fate of Khashoggi seems to be more important than the fate of millions of Yemenis and their blood that is being shed daily by western bombs and ammunition.