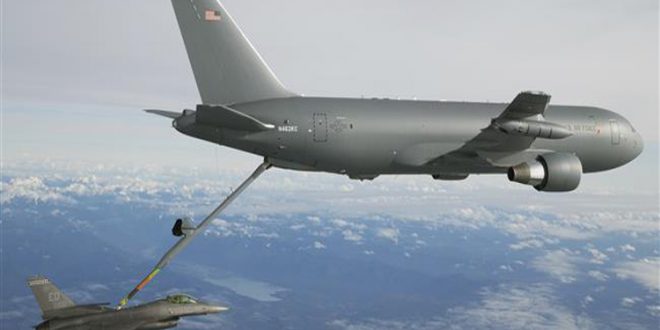 The United States has ended the refueling of Saudi-UAE military aircraft for their deadly bombing campaign against Yemen amid international condemnation of Washington’s complicity in war crimes in the impoverished state, which is now considered to be on the brink of famine.

According to reports, Saudi Arabia and the US have agreed to suspend US mid-air refueling of Saudi jets.

After consultations with the United States, Riyadh demanded the stot of US military aerial refueling services, the official Saudi Press Agency (SPA) reported on Friday.

“Recently the kingdom and the coalition has increased its capability to independently conduct in-flight refueling in Yemen. As a result, in consultation with the United States, the coalition has requested cessation of support for its operations in Yemen,” the SPA said.

The US military has been refueling about 20 percent of all Saudi aircraft that conduct airstrikes on Yemen.

Senator Bernie Sanders (I-VT) welcomed the decision, saying he would press for the passage of a resolution that would call on Trump to withdraw from the war in Yemen.

“I’m glad that the Trump administration is ending US refueling of Saudi aircraft in Yemen’s devastating war… US participation in this conflict is unauthorized and unconstitutional and must end completely,” he said in a statement.

Additionally, Senator Chris Murphy (D-CT) stressed that Trump’s administration should cut down all kinds of support toward the Saudi-led war in Yemen, not just refueling.

“Why are we still helping the Saudis with targeting? Why are we still selling them the bombs at a discount?” he asked. “Now that it’s no longer a secret that the war in Yemen is a national security and humanitarian nightmare, we need to get all the way out.”

Nevertheless, many officials from the states empathized that the end of the US aerial refueling wouldn’t stop American training and military assistance for the Saudi aggression against Yemen.

The coalition’s request came amid the backdrop of US media reports that Washington planned to cease its refueling support to the coalition amid mounting criticism of the devastating Yemeni conflict, raging since 2015, and the killing of Saudi opposition journalist Jamal Khashoggi in the Saudi Consulate in Turkey.

The US secretary of defense supported Riyadh’s Decision to Halt US Refuelling of Aircraft in Yemen.

The United States supports Saudi Arabia’s decision that the Saudi-led coalition, engaged in the Yemeni conflict, should refuel its aircraft independently, without US support, US Secretary of Defence James Mattis said in a statement on Saturday.

The Saudi-led coalition, Hadi are the ones to blame for destroying Yemen

Hidden history behind the Yemen war