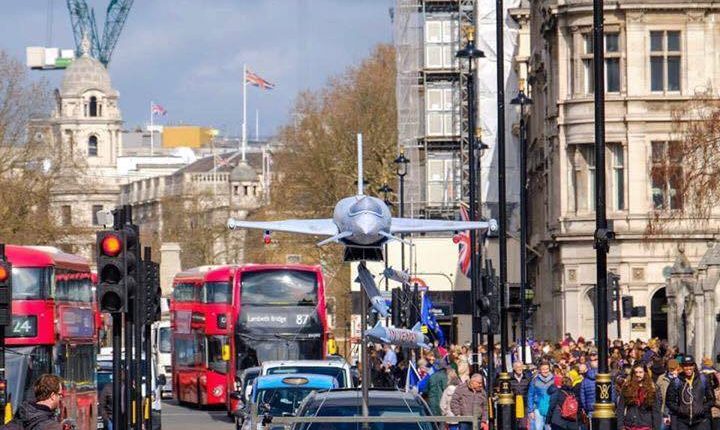 U.K witnesses anger against its participation in war against Yemen

London, the capital of the UK, which provides the Saudi-led coalition, backed by the US, war against Yemen with many arms sales deals , that kills around 60,000 Yemenis over four years, has been the scene of of an event that marks 4 years of war in #Yemen.

Many have taken action today in the event  London where  replica BAE typhoon jets flying around Parliament Square ,marking 4 years of war in #Yemen, according to a media outlet.