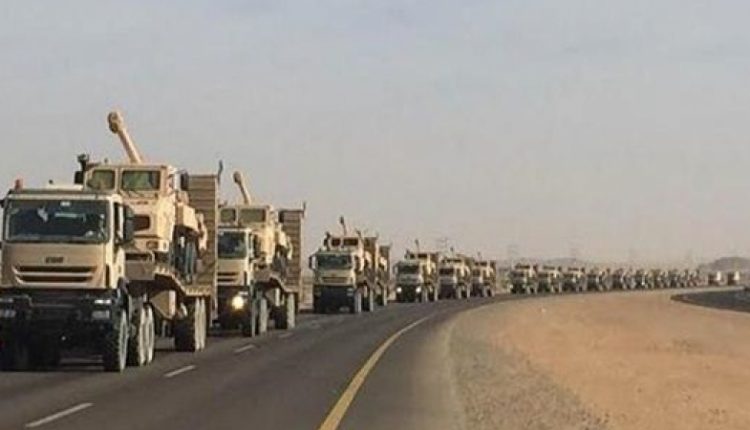 Oman’s Balancing Act in Regional Politics May Not Last

Saudi Arabia and the United Arab Emirates are becoming more entrenched in Yemen. What does this mean for the Sultanate of Oman?

Yemen’s president, Abd-Rabbu Mansour Hadi, recently attended an extraordinary parliamentary session in the government-controlled city of Sayoun. Among the items discussed was an exclusive report authored by tribal leaders which I have obtained. The report outlines the fragile security situation in the eastern Mahra Governorate. I have also obtained a copy of a two-page agreement reached between Mahra tribal leaders and the commander of the Saudi-led coalition against Yemen’s Houthi rebels.

The parliamentary session took place amid growing tensions between the United Arab Emirates (UAE) and Oman over the war in Yemen, including over Saudi Arabia’s decision to deploy five thousand troops on the Yemen/Oman border in addition of dispatching thousands of militia fighters, including from Al Qaeda in the Arabian Peninsula (AQAP) and radical Salafists. The UAE also maintains intelligence assets in Mahra and has transformed itself into Riyadh’s principal ally—playing a critical role in Washington where it convinced the Trump administration to embrace Saudi crown prince Mohammed bin Salman as the kingdom’s heir apparent.

Amid these developments, Omani authorities sentenced four Emiratis and one Omani to ten-year prison sentences for espionage charges on April 10. The four Emiratis—who had recruited the Omani and served as his handlers—had been lured to the sultanate during the fall of last year as part of a high-stakes sting operation after their spy-ring had been discovered. Following their arrest, Israeli prime minister Benjamin Netanyahu arrived in Muscat for a surprise visit for talks with Sultan Qaboos bin Said al Said. Even though Oman and Israel do not enjoy formal diplomatic relations, Muscat has actively supported the Israeli-Palestinian peace process for the past several decades and maintained discrete ties with the Jewish state.

A month after Omani authorities uncovered the spy-ring, Qaboos formally responded to Emirati efforts to purchase land and property in strategic locations throughout the Sultanate and in the northern border region with the UAE in particular. In November of last year, Qaboos issued a Royal Decree which banned non-citizens from owning agricultural land and real estate in “Buraimi, Musandam, Dhofar, Dhahirah, Wusta, Shinas, Liwa, Jabal Akhdhar and Jabal Shams, and heritage sites” and near strategic areas as well as agricultural lands.

Adding to these tensions was the Louvre Abu Dhabi Museum’s decision to publish a new map where Musandam was labeled as part of the UAE.

The latest flare-up between the two Gulf neighbors resembles a previous attempt by UAE’s de-facto ruler Crown Prince Mohammed bin Zayed Al Nahyan (MbZ) to overthrow Qaboos in 2011 through establishing a spy network targeting the Omani government and its military.

The Yemen War and Strategic Encirclement

Only days after President Donald Trump’s 2017 inauguration, Saudi Arabia dispatched troops to Mahra after UAE Special Forces had departed from the governorate. The UAE had maintained special forces there since 2015, but even though their troops have been withdrawn, intelligence officers remain in place. The Saudi justification for entering Mahra, which is located some 1,300 kilometers from the flashpoints where the Saudi-led coalition is fighting the Houthis, was to distribute Saudi aid to Yemenis and regain control of Al Ghaydah Airport, which is the governorate’s administrative capital and sole airport. A prison has since been established at the airport.

Oman’s decision not to participate in the Yemen war is informed by its neutrality-based foreign policy, as well as its geography, which includes Oman’s 288 km (179 mi) long-border with Yemen and close people-to-people ties with the tribes of Mahra, which typically “maintain Omani (as well as Saudi and Emirati) nationality.” In fact, because of geographical and tribal links, along with deep historical ties, Mahra has for all practical purposes served as an Omani buffer-zone against the war in Yemen.

In light of these long-standing ties, local tribes swiftly objected to the coalition’s decision to take over the Al Ghaydah Airport. Because of local opposition, the coalition’s commander in Mahra, Brigadier General Abdulaziz Al Sharif, and the tribes reached an agreement in March 2017 that the airport should only be used for humanitarian efforts and not be turned into a military base.

The agreement, however, was swiftly violated by the coalition as it turned the airport into a military base. Now coalition military planes arrive on a daily basis and all civilians, including locals, are barred from entering its premises where Apache helicopters and weaponry are stationed.

No coalition aid has to date been delivered to Mahra, a local tribal official told me.

In parallel with resuming control of the airport, Hadi forced the long-term governor, Mohammed Abdullah Kuddah, to resign after he spoke out against Saudi Arabia’s presence and appointed its own governor, Rajeh Said Bakrit. Bakrit’s appointment was approved by Hadi and his appointment was instrumental in order to quell the initial opposition against the coalition’s presence in the governorate.

Since then, the gradual—but consistent deployment of Saudi forces have taken place, including to Mahra’s coastal areas where twenty-six checkpoints have been established. Saudi Arabia’s coastal command is located in the center of the port city of Nishtun, which is also Mahra’s only sea port. Because all final decisions are made by the coalition commander, the new governor has limited power over these forces, and all local officials who initially protested the Saudi presence in Mahra have been fired by Hadi.

Local tribes have been protesting since 2017 against Saudi Arabia’s presence in Nishtun. So far, they have been peaceful but are taking place throughout Mahra’s nine districts.

In November 2018, two protestors were killed by the Saudi-backed Yemeni militias in the Hawf district. Subsequently, a crackdown on protestors took place and the arrest of its leaders—after hacking their phones—was ordered by the joint Saudi/Emirati command in Hadhramaut Governorate.

The tribes of Mahra have said that the military camps should be run by locals. Initially, the coalition and the locals reached an agreement to do so, but the agreement was violated and it was staffed by outsiders, mostly from Abyan Governorate where they have been trained by Saudi and Emirati forces. When they arrived in Mahra, they were introduced in the disguise of being members of Yemen’s Coast Guard but were in fact militia members operating outside of the Yemeni state. Some of these militia fighters—who were part of the deployment of what was presented as members of the coast guard—were part of AQAP.

Saudi troops have also been deployed directly on the along Oman-Yemen border where they have established twenty military checkpoints and a large camp—which also serves as its headquarters—in the Hawf district.

In March 2018, the Saudi coalition commander reached an agreement with local tribal leaders and protestors, represented by Sultan Abdullah Issa Al Afrar. Al Afrar is the grandson of the last sultan of Mahra and Socotra. The agreement outlined the following goals:

First, Saudi Arabian troops would leave the airport and turn over its management to civilians.

Second, the airport would not serve any military purposes.

Third, Saudi Arabia would withdraw from the Nishtun sea port.

Fifth, the management of airport and border crossings would be managed by local authorities.

A tribal official told me that the protests ended once the agreement was reached, but Saudi Arabia has not only violated it but continued to dispatch additional troops and weapons into Mahra.

Saudi Arabia’s justification for establishing checkpoints along the Yemen-Oman border and along the coast lines was to crack down on weapons smuggling and drug trafficking to the Houthis, but the ploy has geopolitical dimensions as well. Former Secretary of Defense James Mattis has praised Qaboos for his commitment to regional peace and stability when pressed on the Mahra arms smuggling issue. Washington’s position was reconfirmed by Secretary of State Mike Pompeo’s visit to Muscat in January 2019.

As of March 2019, two brigades consisting of 2,500 Saudi troops have been dispatched to Mahra, but the number of troops arriving daily is increasing. In addition to the Saudi troops stationed in Mahra, the following contingencies have been deployed as well:

The Yemeni Coast Guard—but made up of militia fighters operating outside of the Yemeni state—now account for 1,300 service members.

Special Forces—also militia fighters operating outside of the Yemeni state—account for 1,500.

Several AQAP fighters arrived in Mahra following an agreement with the UAE in Hadhramaut in 2017, while others came from Abiyan, an AQAP sanctuary.