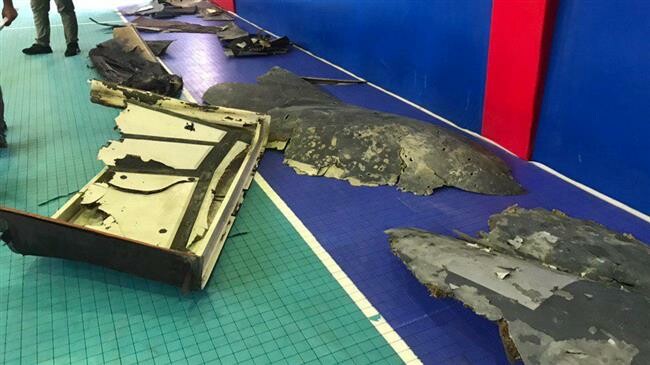 Iran has released the first photos of the wreckage of a US spy drone which was shot down early Thursday after intruding into the Iranian airspace.

The IRGC Aerospace Force displayed parts of the doomed drone on Friday noon, refuting earlier claims by the US that the UAE was flying over international waters, and had not violated the Iranian airspace.

The Islamic Revolution Guards Corps said Thursday it had shot down the unmanned US aircraft after it breached the country’s airspace.

He make the remarks to reporters on the sidelines of an exhibition held in Tehran to showcase the drone’s wreckage.

US President Donald Trump initially issued a series of cataclysmic threats, insisting that the RQ-4 Global Hawk was flying over international waters when it was taken down by an Iranian missile.

However, the GPS coordinates released by Iran put the drone eight miles off the country’s coast, inside the 12 nautical miles from the shore, which is Iran’s territorial waters.