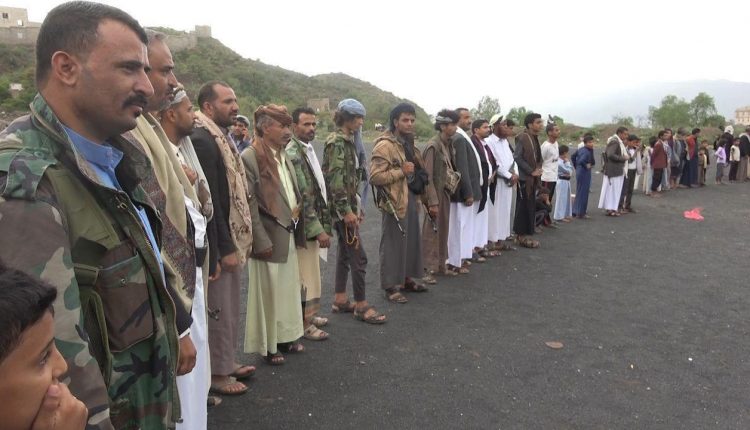 Yemenis stand by the Yemeni army forces against the coalition

Tribes with sheikhs of Mahwait province took on Monday in protest rallies to condemn the crimes and violations committed by the Saudi-led coalition and its paid fighters in Yemen.

The participants, at the rallies, held banners and slogans denouncing the international silence about the systematic war and siege imposed against the Yemeni people, while the tribes affirmed on a public mobilizations to back the army with fighters and food convoy to deter the aggression and its conspiracies on Yemen.

The photo is from e archive