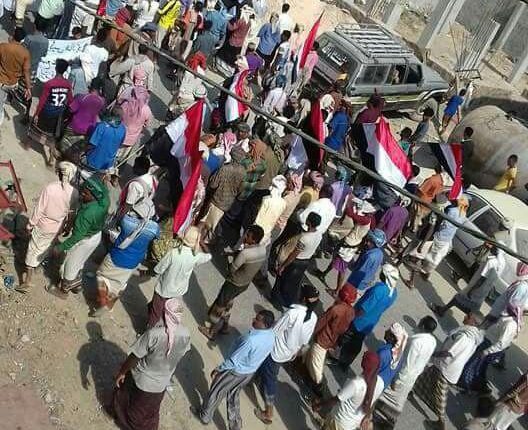 The local authority in the occupied Socotra Island in southern Yemen, had carried out a campaign to remove UAE flags and emblems from all institutions and replace them with the Yemeni flag.

According to residents, the local authority, along with residents began carrying out a wide campaign on Tuesday aimed at removing UAE and separatist flags, obliterating the emblems of the occupation forces and raising the Yemeni flag in all government offices in the province.

The move comes after Hadi’s forces and Islah Party militias seized all facilities on the island.

Since its presence and occupation of the island, the UAE forces and their loyal militias have been keen to raise the flags of the UAE and separatist flags on all institutions and government offices, as well as to put its emblems in many areas of Socotra.

Over 75% of Yemeni population living below poverty line, UNDP says