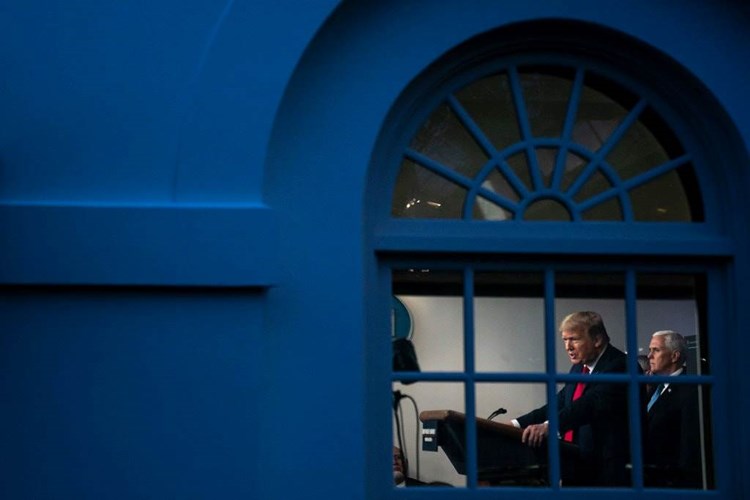 The New York Times: Europeans Have Lost Faith in US Worldwide Leadership

The American New York Times correspondent in Berlin wrote an investigation dealing with how Europeans see the impact of the Corona Virus crisis on the image of the United States and its global leadership.

The following is a translation of the text of the investigation:

As images of crowded hospital wards and jobless queues spread across America and all over the world, people on the European side of the Atlantic Ocean look to the richest and most powerful country in the world with distrust.

“When people see these pictures of New York City, they say, ‘How can this happen?'” Said Henrik Enderlin, president of the Berlin-based University of Herti, which focuses on public policy. How is that possible?. We were all surprised. Look at the unemployment queues. Twenty-two million people. ”

The epidemic sweeping the world has done more than just kill lives and livelihoods from New Delhi to New York. It shakes basic assumptions about American exceptionalism – the special role that the United States played for decades after the Second World War as a reflection of its values and power that made it a world leader.

Today the epidemic leads it in a different way: more than 840,000 Americans have been diagnosed with the Coronavirus and at least 46,464 have died, more than anywhere else in the world.

With the onset of the disaster, President Donald Trump and state governors are not only arguing about what to do but also who has the authority to do so. Trump has sparked protests against safety measures prompted by scientific advisors, distorted facts about the virus and the government’s response almost daily. In addition, this week the virus was used to stop issuing green residency cards to people seeking to migrate to the United States.

“America was not bad, it was very bad,” said Dominique Moisi, a political scientist and senior advisor at the Paris-based Montaigne Institute. Moisi pointed out that the epidemic has revealed the strengths and weaknesses of almost every society.

It showed the value of Germany’s deep trust and collective spirit, even with an emphasis on the country’s reluctance to advance with the power and leadership of Europe.

In the United States, the epidemic revealed two major weaknesses, in the eyes of many Europeans, that multiplied each other: President Trump’s irregular leadership, who has little experience and often refused to follow the advice of his scientific advisors and the absence of a strong public health care system and a social safety net.

Since Trump moved to the White House and transformed “America first” into a guiding slogan for his administration, Europeans have had to get used to the president’s informal desire to risk decades-old alliances and tear up international agreements.

Early on, Trump described NATO as “outdated” and withdrew US support from the Paris Climate Agreement and the Iranian nuclear deal.

However, this may be the first global crisis in more than a century as no one looks to the United States to lead the world.

In Berlin, German Foreign Minister Heiko Maas told Der Spiegel magazine recently that China has taken “very authoritarian measures, while the importance of the virus has been underestimated in the United States for a long time.”

The country that helped defeat fascism in Europe 75 years ago, and defended democracy on the continent for decades, is protecting its citizens worse than many other autocracies and democracies.

Critics now see that America is not only failing to lead the response of the world but has also chosen to abandon its own people.

Of course, some countries in Europe were flooded by the epidemic, as the death toll from the Coronavirus was much higher as a percentage of the population in Italy, Spain and France compared to the United States. However, the epidemic was dealt with rapidly and they had less time to prepare and respond.

“You need a comprehensive approach to this crisis. Our politicians are getting it,” said Academy President Gerald Haug, who heads the German committee.

Garton Ash, a history professor, said the epidemic is a very specific type of stress test for political systems. The balance of military power has not changed at all. The United States remains the largest economy in the world. However, it is not entirely clear which global region is most prepared to start growing after the deep recession.

“All of our economies will face a terrible challenge. Nobody knows who will come out stronger in the end,” he added.

Benjamin Haddad, a French scholar in the Atlantic Council, wrote that while the epidemic was testing American leadership, it was “too early to tell” whether it would cause long-term damage.

“The United States is likely to resort to unexpected resources, and at the same time find a form of national unity in its foreign policy regarding strategic competition with China, which it has so far lacked,” Haddad said.

Moisei noted that there could be a possible influence in the short term as well. The United States will hold elections in November. This, as well as the consequences of the deeper economic crisis since the 1930s, may affect the course of history. The Great Depression led to the emergence of a new America. Moisi felt that the Coronavirus could lead the United States to adopt a stronger public safety net and develop a national consensus on accessible health care.

“Social democracies in Europe are not only more humane, they also make us more willing and appropriate to deal with such a crisis than the most brutal capitalist system present in the United States,” Moise said.

Some may fear that the current crisis could act as an accelerator of history; accelerating the decline of the influence of both the United States and Europe.

Garton Ash said the United States should take an urgent lesson from a long series of empires that ascended and fell. He added: “For a historian, nothing is new. This is what happens. It is a very familiar story in the history of the world that after a certain period of time, power decreases.”