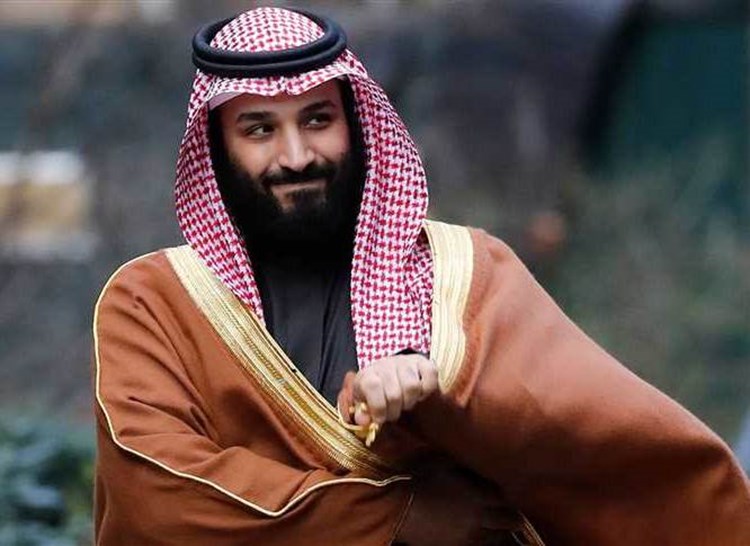 Perhaps Muhammad bin Salman is the last nail that the hammer of wild capitalism hits in the coffin of the worn-out kingdom, especially after losing support and gaining more criticism in and outside the kingdom.

There are many logical reasons – intellectual, social, political, and economic – that accelerate the fall of the kingdom. The first of which is leading aggression on Yemen for the past five years. Not to forget the assassination of Khashoggi, and many of the reasons this article will discuss. Saudi Arabia is the kingdom of hatred – according to the description of Dory Gould in his book that held the same title, for it has established the Wahhabi terrorist ideology and supported the 9/11 terrorist attacks.

“Saudi Arabia is a Fragile State” is the title of another book, authored by the American journalist Karen Elliot House, issued in 2012 in Washington. The book discussed the state of the kingdom of the sands, in which she predicted the inevitable fall of Saudi Arabia because the factors of its survival on the international map and its economic, political and religious advantages began to fall apart from the inside.

This was also predicted by Christopher Davidson, a professor of modern history at Cambridge University in 2013, referring to the upcoming collapse of the Gulf kingdoms – led by Saudi Arabia. He believes that a group of internal and external pressures began to accumulate in those kingdoms before the events of 2011. He foretold that if a “fragile” Gulf country fell for any reason, the rest would collapse like dominoes, respectively.

Currently, there are many accredited centers of research and strategic studies in the West – with proven scientific credibility worldwide – predicting the imminent collapse of the Kingdom of Saudi Arabia and the extinction of the Abdulaziz bin Saud family, based on specialized data, facts and socio-economic studies.

Among these centers, for example, is the Ferrell Center for Studies in Berlin, Germany, which published a study in 2016 with two parts entitled: “2023 CE, there will be no country called Saudi Arabia.”

The essence of the study is that the collapse of Saudi Arabia is inevitably coming and many Western experts expected it for decades to come, but the royal family with its childish and perverted behaviors seems to be accelerating the process. The study acknowledged that the nations end from the inside out, and says: We at the Ferrell Center for Studies expect the collapse of the Kingdom of Saudi Arabia in 2023 AD.

These future studies depend on real data, as it is known that the kingdom of the sands was based on three foundations that represented an equilateral triangle, which was the reason behind its cohesion and strong survival throughout the past period: the cohesion of the ruling family, the alliance and partnership with the Wahhabi religious establishment and the export of oil.

The fall of the first foundation

The size of the differences within the ruling family is not hidden, especially after the removal of Muhammad bin Salman of both Muhammad bin Nayef and Miteb Abdullah and many of the founder’s sons. Not to forget the imprisonment of many princes in the Reds in 2018 AD and the seizure of their money – in which he drowns – under the pretext of fighting corruption.

In addition, the internal turmoil from within the decimated family is the closest scenario to the collapse of the ruling family, not the external threat. This was embodied in the arrest that occurred at the beginning of last March of the princes Ahmed bin Abdulaziz and Muhammad bin Nayef and under the guidance of the Crown Prince. The latter two were reportedly trying to appoint one of them as president of the Allegiance Council to prevent the arrival of Mohammed bin Salman to the throne.

This is the marginalization which was referred to by the British newspaper, The Guardian, as well as the site (Middle East Eye), stating that the number of princes recently arrested reached twenty princes. These conflicts and arrests between the grandchildren and some of the founder’s sons broke the cohesion that existed within the ruling family. Along with the collapse of cohesion within the ruling family came the downfall of the first foundation of the kingdom’s triangle of survival.

The fall of the second foundation

The marginalization of the religious establishment and making it a servant of the whims and decisions of Muhammad bin Salman. Bin Salman emasculated the Commission to Promote Virtue and Prevent Vice and made the Entertainment Foundation the future alternative.

The arrest of some preachers, mosque scholars and political activists opposing Bin Salman’s policies under the accusation of affiliation to the Muslim Brotherhood broke the second foundation of survival. The task of this foundation was to use religion in favor of the ruling family’s policies and to make fatwas (religious advisory opinions) serve the desires of the kings.

The prestige of the fatwa was broken in Saudi Arabia, which protected the king with the power of religion. In turn, the prestige of the king was also broken, who was protecting fatwas with the power of arms and money. The society eventually realized that fatwas did not represent religion but rather acted as the spokesman for the Kingdom’s policies.

The fall of the third foundation

The collapse of oil prices over the past years represented a catalyst that accelerates the impending fall of Saudi Arabia, and the reason for this is the discovery of shale oil, especially in America. It was announced at the beginning of 2016 that American oil production would exceed Saudi Arabia’s and Russia’s, which is more than 10 million barrels per day.

Economic expert, Jerry Robso, confirms that Saudi Arabia needs a price of (105) dollars a barrel of oil if it wants to face the economic collapse and that the depletion of monetary reserves will be faster than expected (the end of 2018 or the beginning of 2019).

He adds that oil trade was a cause of Saudi prosperity and its high position, and it will also be a reason for its relapse and fall. This was evident from the deficit in the Saudi budget for the fifth year in a row, the erosion of monetary reserves, and the Kingdom’s resort to requesting loans from international banks for the fifth year in a row to support sovereign funds.

The recent collapse in oil prices a month ago, coinciding with the Corona pandemic, the Saudi closure of religious tourism and the kingdom’s Yemeni quagmire, all cost the Saudi economy and will cause it to sag.

The Saudi Ministry of Finance expected that this year the budget deficit will rise to 49.86 billion dollars from $ 34.93 billion in 2019. The reason is that fiscal revenues have been influenced by the drop in oil prices.

All these reasons made the prediction of the kingdom’s collapse imminent. The Jewish orientalist Shaul Yanai, who sees in Saudi Arabia an ally of “Israel”, asserts that what confronts the ruling family will lead them to inevitable demise. He based his judgment on logical premises stating that the kingdom is facing an irrational combination: modernization, which is now clearly led by Muhammad bin Salman, and the strict approach adopted by the religious establishment. This contradiction is expected to lead to a state of rupture and a lack of identity that will lead to suicide and demise.

Defense One, the American website that specializes in defense affairs, published nearly two years ago a report entitled “Begin Preparing for the Fall of the Kingdom of Saudi Arabia” by writers Sarah Chaise and Alex de Wall, in which they cited the reasons for the downfall of the kingdom.

At the end of the report, they asked the United States to be ready for the fall of the kingdom of the sands soon and treat that as reality.

The most famous French political analyst, Terry Meyssan, also expected that the ruling family in Saudi Arabia will find itself in the face of tribal rebellions and social revolutions that it has not undertaken nor accepted, and that it may be – in his view – more deadly and bloody than all the revolutions that the Middle East witnessed recently.

The future of the kingdom of the sands is inevitable, and one day it will only become sand without a kingdom.

The New York Times: Europeans Have Lost Faith in US Worldwide Leadership