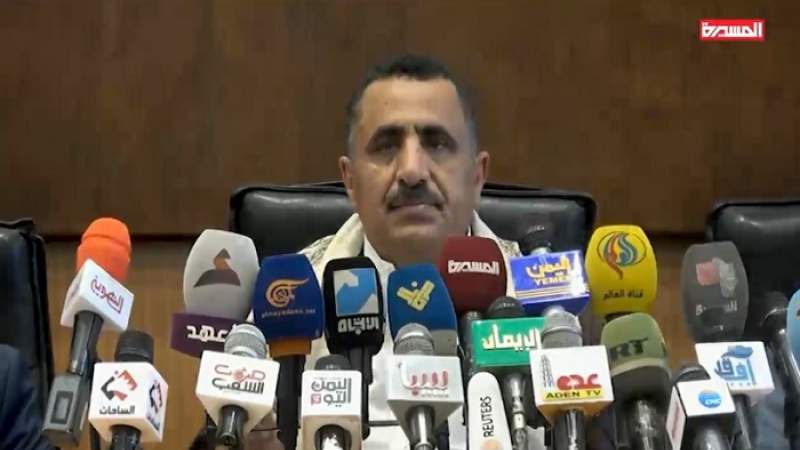 The Minister of Oil and Minerals, Ahmed Abdullah Daress, said that the company’s storage tanks, its agents’ oil tanks, and fuel stations, have completely dried up from oil derivatives and that the situation still foreshadows a humanitarian catastrophe, in case the Saudi-led aggression (coalition) continues to seize the oil tankers offshore.

The Minister of Oil, during his meeting today, said to a number of cadres and leaders of the official media, that the detention of oil derivatives tankers is bearing Yemen burdens and huge fines that amount to 18-20 thousand dollars for each ship per day.

The minister pointed out that the seizing of the tankers is an arbitrary practice by the countries participating in the aggression on Yemen, led by the Saudi regime, despite that the tankers already obtained official permits from the United Nations to enter the port of Hodeidah, which expresses regret for the apparent complicity of the United Nations and the defective international silence.

The Petroleum and Minerals Minister held the United Nations and the UN Security Council fully responsible for the repercussions of the continued aggression and preventing the entry of oil ships into the country, which will soon lead to the cessation of all vital sectors in Yemen, especially the health sector.

Moreover, he considered the siege against oil ships as a collective punishment on the Yemeni people that will result in increasing their suffering in obtaining medicine, food, water, treatment, and all the requirements of life.

Additionally, he pointed to the efforts made to tackle the problem of the Safer floating tanker and to allow the engineering teams to carry out maintenance work for the floating storage tanker. However, the minister assured that there are still calling on the United Nations and its officials in Yemen to intervene and allow to unload the crude oil from it; however, those efforts and appeals are met with false promises from once in a while.

Minister Daress called upon international and local media outlets to expose the practices and crimes committed by the aggression coalition in Yemen to the world, as well as to show the reality of the United Nations that they are unworthy of achieving peace for all the people around the world.

The Minister of Oil held the responsibility to the coalition of aggression and the United Nations for any consequences or a catastrophe environment in the sea in the event of a leakage from the floating tanker “Saffer” or if it gets targeted by the aggression. He then noted that stopping the maintenance work from operating the tanker may lead to leakage of the amount of crude oil inside it, which then will result in a massive environmental disaster that will destroy marine life, Coral reefs, marine organisms and pollute the Red sea, reaching countries along the sea all the way to the Suez Canal.