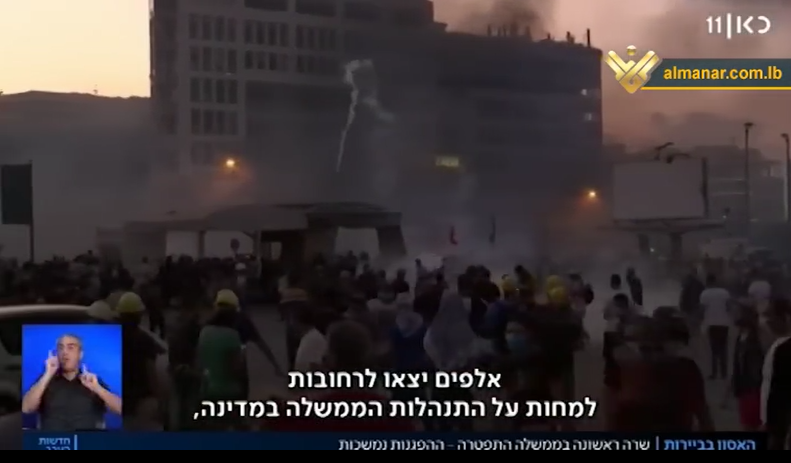 Explosion to Disarm Hezbollah: Zionist Circles
As the Zionist media outlets voiced solidarity with ‘some Lebanese groups’ that insulted the resistance symbols, the enemy’s research centers presented a number of studies which show how ‘Israel’ can benefit from Beirut Port’s explosion in its fight against Hezbollah.

Al Quds Center for Political Studies considered that the blast represents an opportunity for ‘Israel’ to match offering aids to Lebanon with disarming Hezbollah because of the failure of ‘some Lebanese’ to confront it.

Orna Mizrahi, a senior research fellow at the Israeli Institute for National Security, stressed that ‘Israel’ must move to undermine Hezbollah legitimacy and influence and pressure the European Union to deal with it as a terrorist group, adding that Tel Aviv must disarming the party an excluding it from the Lebanese government have to be basic Zionist demands.

intained that the Lebanese government must not be granted economic aids before it engages in the process of disarming Hezbollah, adding the verdict of the International Tribunal tasked to solve the crime of assassinating the former Prime Minister Rafik Hariri represents another challenge that faces the party.

Security sources in the occupation entity estimated that Iran must be banned from granting economic aids to Lebanon by intensifying sanctions imposed on Tehran, according to Al Quds Center for Political Studies.