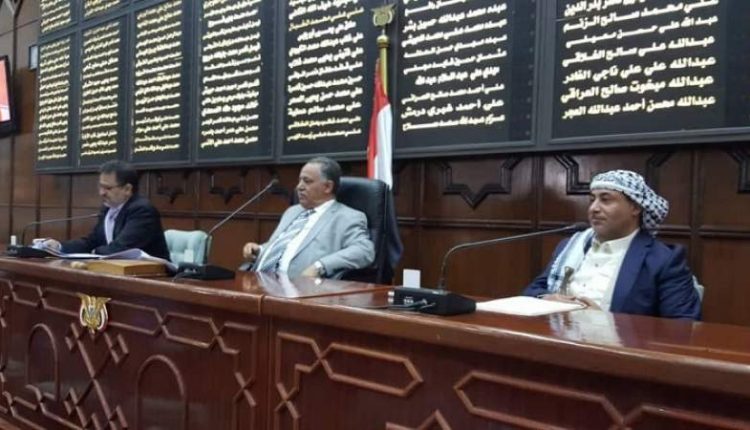 The House of Representatives condemned in its session, Wednesday, the statement issued by the Arab Parliamentary Union biased in favor of the countries of aggression.
The council, headed by Parliament Speaker Yahya Ali Al-Rae, expressed its deep dissatisfaction with the president of the Arab Parliamentary Union’s abuse of his position, responsibilities and tasks specified in the regulations establishing the union. It also condemns his blatant bias towards the countries of aggression, led by the Saudi and Emirati regimes, while he was supposed to condemn the killers and perpetrators of war crimes against the Yemeni people.

On behalf of the Yemeni people, the House of Representatives called on all parliaments, councils, free peoples and all countries of the world to condemn this statement. While the countries of aggression have waged a brutal war and unjust siege on the Yemeni people and their capabilities for six years and caused the loss of lives and injury of tens of thousands in full view of the world.

The council pointed out that the aggression and siege caused millions of Yemeni people to face famine and spread diseases, epidemics and other disasters that cannot be counted.