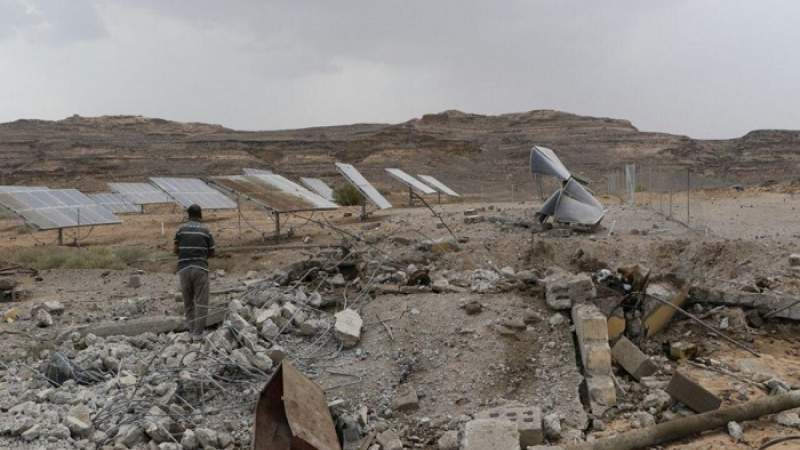 The total amount of the losses and damages of the water and sanitation sector in Hajjah governorate, as a result of the 6 years of the Saudi war on Yemen, amounted to three million and 300 thousand dollars.

A report issued by the Damage Survey Committee of the Local Corporation for Water and Sewerage indicated that the value of the initial losses due to the aggressor’s direct aerial targeting on the water and sanitation sector amounted to $1,700,00 dollars.

The report stated that the losses in the district of Abs amounted to 525 thousand dollars, indicating that the aggression’s aviation completely destroyed the main liquefaction tank in Abs.

Moreover, the Saudi jets also targeted the warehouse that holds the various equipment and machines, in addition to the partial destruction %60 percent of the 400-cubic-meter liquefaction tank at a cost of 80 thousand dollars.

The report indicated that the aggression’s aviation completely destroyed the components of the water sector and project, including water towers, the branch’s headquarters, and stores in Haradh district, at a cost of $1,200,000 dollars.

The warplanes of the Saudi (US-supported) aggressors also destroyed a 150-cubic-meter Zafar reservoir in Hajjah at a cost of 35,000 dollars, in addition to destroying the electricity transformers of a huge well as a result of targeting it, which costs 12 thousand dollars.

The Director-General of the Local Water and Sewerage Corporation in the governorate, Eng. Amin Al-Maghlis, stated that the indirect damages were the inability to collect the corporation’s debts due to the disruption of salaries, the high costs and expenses of repair and maintenance of the damage caused by the Saudi aerial targeting, in addition to water loss, which led to large financial losses.

He pointed out that the corporation bears great burdens and financial expenditures to ensure the continuation of water and sanitation services and their delivery to citizens and alleviate their suffering, stressing that the corporation is working with all power to provide water, especially in the center of the government and the areas in Tihama that are known to be high in temperature and humidity.