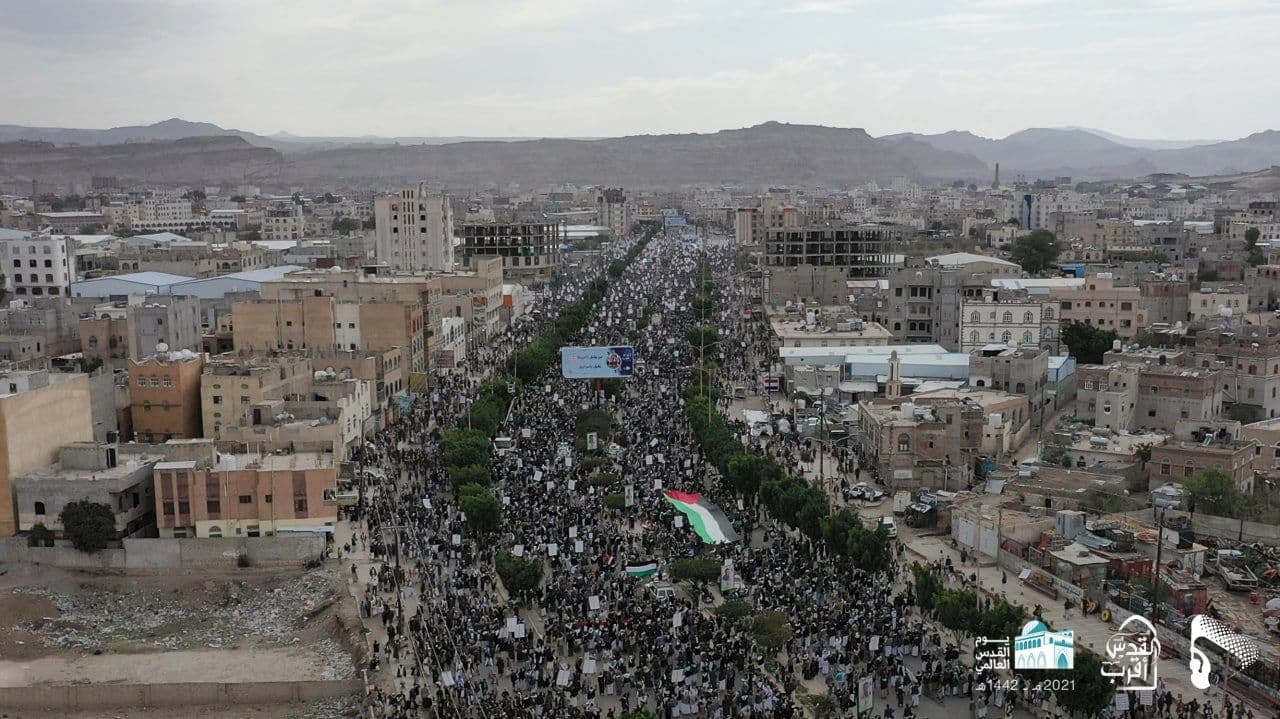 The Yemeni people in the capital of Sana’a, in addition to many other Yemeni provinces, gathered, on Friday, on the occasion of International al-Quds Day under the slogan “Al-Quds is closer”.

The participants at the different rallies held Palestinian flags and slogans, stressing that Palestine is the central cause of the Yemeni people, as well as the Arab and Islamic nation.

The people confirmed that the celebration of this day strengthens the unity of the nation towards Palestine, and reminds them of the actual enemy, the Zionists, who have usurped the Islamic lands and holy sites in Palestine.

Moreover, the attendees affirmed to continue their steadfastness in confronting the Saudi-led aggressive coalition, and their support of the people of Palestinian.

The people at the different rallies, that are located in separate areas within Yemen, condemned the rush of some Arab regimes to normalize relations with the Israeli enemy, considering such a move as an official proof of them joining the ranks of the enemies and becoming a public betrayal of the nation.

A united statement was made by the rallies, calling on Palestinian forces and factions to achieve national reconciliation, unity of ranks, and cohesion of the home front in order to confront the Israeli enemy.