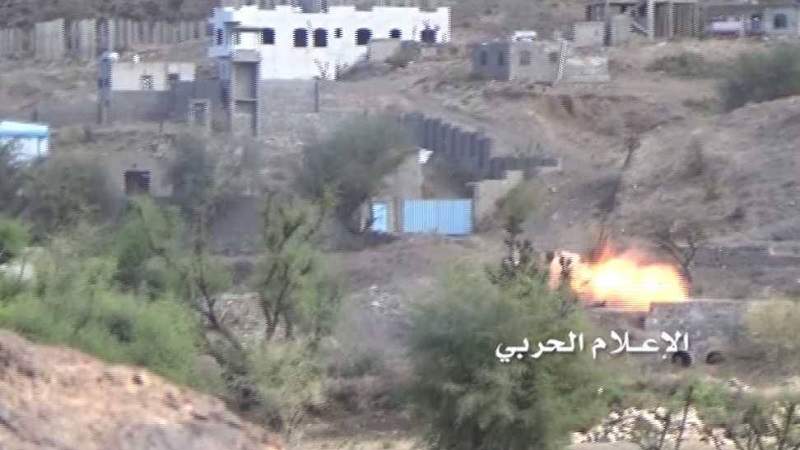 Today, Tuesday, the Army and the People’s Committees foiled an advanced attempt by the mercenaries affiliated with the aggression in Taiz province.

The mercenaries of the aggression carried out a wide operation in the front of “Al-Dhabab” from several tracks that lasted for more than 7 hours, without achieving any significant progress, a military source reported.

The source confirmed the killing and wounding of dozens of mercenaries, and the burning of a number of vehicles while breaking their advance on the aforementioned front.

It is noteworthy that the army and the popular committees managed, during the past two days, to thwart a similar attempt of the mercenaries of the aggression to advance on the fronts of Al-“Dhabab” and “Tabisha” in the same governorate, inflicting heavy losses on them in lives and equipment.

The liberation of more than 1,100 square kilometers, military spokesman reveals