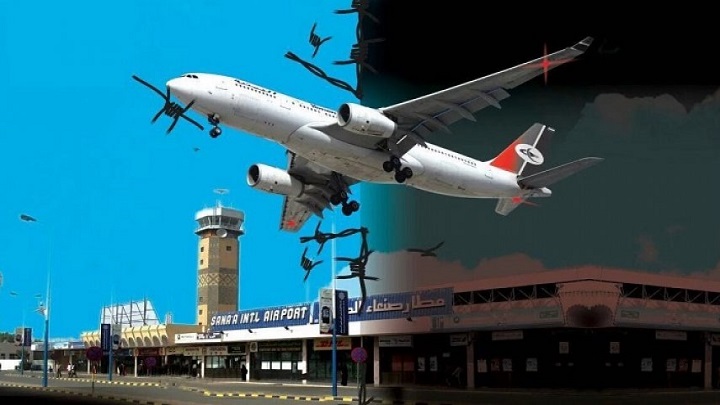 On the ninth of August 2016, the aggression coalition announced the imposition of a ban on airspace and the closure of Sana’a International Airport, including commercial and humanitarian flights.

At that time, the coalition of aggression claimed that the airport closure would last for 72 hours, which could be extended, but it forgot the 72 hours, and the extension has remained in place until now.

The closure of the airport coincided with a military escalation of the aggression coalition and its mercenaries after the airport was partially operating with limited flights between Sana’a, Jordan, and Cairo.

Also, commercial flights are often subject to inspection at one of the Saudi airports.

The closure of the airport has continued since that time until now without any real reasons other than that the countries of the aggression coalition and mercenaries have used it as a means of war and collective punishment to deprive millions of Yemenis of its services.

Customs destroys several world maps with “Israel” written on it